In recent years, the tactical training market has become incredibly competitive with a lot of crossover. Vigilance Elite founder and CEO Shawn Ryan wanted to change the scope of training to include everyone in every scenario.

“Vigilance’s purpose is to teach and instill the unique skills and mindset of a Navy SEAL to those who want to learn to defend themselves and their families against imminent threats,” says Ryan, a former U.S. Navy SEAL and CIA Contractor.

That mantra is instilled in everyone who attends Vigilance’s courses. But where does it come from? Ryan has assembled a team, which, between its decades of experience, offers a unique training opportunity.

The Vigilance Elite team starts with Ryan, who enlisted in the U.S. Navy at the age of 18 and began his journey of becoming a Navy SEAL where he served with SEAL Teams 2 and 8 deploying to multiple conflict zones and fighting in both OIF (Iraq) and OEF (Afghanistan).

During his 14 years of combat experience as both a Navy SEAL and CIA Contractor, Ryan made more than 20 deployments to combat zones in 14 different areas of operations.

As the focus of this country’s fight against terrorism expanded from the anti-Al-Qaeda and Taliban Operations “Enduring Freedom” and “Iraqi Freedom” to the Islamic State (ISIS) Operation “Inherent Resolve,” Shawn left the Special Operations Community to pursue a new career and bring his skillset to the home front.

Scott began his career with the U.S. Army. Prior to an honorable discharge, he spent four years with the Alpha Company 2/75th Rangers — a lethal, agile and flexible force, capable of conducting many complex, joint special operations missions.

At the ripe age of 20, Ripley began his career by joining the U.S. Navy. He successfully completed the BUDS (Basic Underwater Demolition/SEAL) program (class 278), and SQT (SEAL Qualification Training) program (class 280), and was stationed with SEAL Team Five.

Within those seven years with SEAL Team Five, Ripley was deployed two times. Those deployments include a total of 14 months in 12 different countries, and more than 140 combat operations.

While most tactical training seems geared toward somewhat experienced shooters, Vigilance Elite distinguishes itself by catering to new shooters as well.

“Our Concepts of Combat courses are designed for the new shooter striving to gain the fundamentals of basic marksmanship, proper manipulation and operation of the firearm with the correct form and technique,” Ryan says. “There is no training prerequisites required.”

Experienced shooters should fear not. As expected, Vigilance Elite also has courses for veteran shooters and law enforcement.

On top of all that, Vigilance Elite also customizes, designs, and executes training packages for enquiring law enforcement agencies.

“Vigilance Elite Special Operations staff will conduct an in-depth consultation regarding departmental and/or unit needs,” Ryan says. “Vigilance Elite will then strategically develop a course of action to meet the needs specified.” 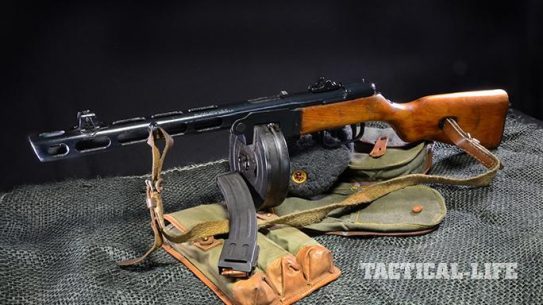