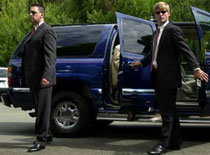 Safe firearms handling is an important issue for anyone who carries a weapon on a regular basis. As with anyone else, those working on protection teams must learn to always be muzzle aware and to keep their finger off the trigger until ready to shoot. Some other issues do arise for members of protective teams. Since many possible engagement situations may occur amidst a crowd, bodyguards must have practiced precise shot placement so that they can be confident of hitting a shooter rather than innocent bystander.

April 2007 – U.S. Secret Service
Two incidents over the last few years influenced me to write this piece. In April 2007, a weapon kept in one of the Secret Service Uniformed Branch guardhouses at the White House discharged, wounding two personnel. Since reports seem to indicate that members of the Uniformed Branch were involved, I have surmised that the weapon was a FN P90. It may have been a pistol. However, I have not confirmed what weapon was involved. The fact that one of the two injured was hit in the face with bullet fragments and one shot in the leg doesn’t really help determine the weapon. It would seem, however, that an unintentional discharge would be more likely to take place handling the P90 than the pistol, which should have remained holstered unless a threat was imminent.

The next question if it was a FN P90 involved, was it loaded or unloaded with the safety on or was it in the process of being charged when the accident happened. I worked on security details where loaded long guns were kept in guardhouses or in the command post of the residence. Normally, we kept these weapons with a loaded mag, empty chamber and safety off. This allowed the weapons to be brought into action quickly but made an unintentional discharge much less likely. I also prefer to keep weapons kept in the vehicle with an unloaded chamber unless running in a high threat, guns up environment.

Secret Service personnel are among the best trained in the federal law enforcement community, yet an unintentional discharge occurred at what should be one of the most secure places in the country. That should serve as a vivid warning to anyone who uses firearms in their duties that care must constantly be exercised and that firearms must always be treated as loaded and dangerous.

August 2008 – U.K. SO1
The other incident, which garnered headlines in the UK, involved Tony Blair’s bodyguard from the SO1 (Specialist Protection Command). She used a toilet at a Starbucks and left her Glock 17 behind. She did not realize it was missing for a half an hour or so, while in the meantime it had been found and a police armed response unit sent to investigate. The incident caused embarrassment to the bodyguard and to the Metropolitan Police, but had a child found the gun and shot himself or someone else or had a criminal found it and killed someone in a crime, it could have been much worse.

Losing Track of Firearms
This inability to keep track of firearms seems to arise relatively often in countries where law enforcement officers (LEO) check their guns out when they come on duty and turn them in when they go off-duty. They do not seem to develop the same instincts for keeping track of their firearms that most American LEOs do, who carry off-duty as well as on. Don’t get me wrong, I’ve known American cops who left their guns places where they shouldn’t have. However, the problem is endemic enough with some foreign agencies that I’ve been asked to talk about the issue of keeping track of a handgun at least a half dozen times when training protection teams.

Learn the techniques for keeping track of a firearm when using toilets or doing anything else where the gun might become separated. For sure, get used to giving an elbow check anytime you exit the vehicle or have been anywhere else where separation from the weapon is a possibility. Female operatives must take special care since they may have to remove their weapon every time they use a toilet.

Adjust to Different Situations
Sometimes the nature of close protection work will create situations that make gun handling more dangerous. For example, on some assignments only a limited number of firearms will be authorized; hence, as one team comes on-duty they receive the firearms used by the team coming off-duty.

This requires safe handling and a policy about how the handover takes place. Does the team coming off-duty unload and render their weapons safe before handing them over to the team coming on who will then load them? If so, chances of an unintentional discharge increase. On other hand, most operators don’t want to trust a weapon loaded by someone else to be properly prepared for action.

When working with indigenous bodyguards, especially in some Third World countries, the locals present substantial danger of unintentional discharges. I have, for example, been in situations where the local augmentation force was carrying loaded AKs with the safety off and, frequently with their fingers on the trigger. Generally, they show up in their jeeps and there is little time to try to discuss safety, which in most cases would just make them hostile anyway.

When possible, I put those vehicles ahead of that containing the principal and any of my team. It can be done diplomatically in a manner such as, “You and your ferocious looking troops know the route so please take the lead.” Or, “Your men look so tough I think it would be better if they took the lead to discourage potential attacks!” You get the idea.

Because of the training carried out by close protection teams, great care must be taken when doing live fire drills. For example, during AOP (Attack on Principal) drills and Evacuation Under Fire drills, multiple operators will be moving and some will be engaging.

Vehicle Evacuation Under Fire drills can be extremely complex as they may entail one vehicle pulling up next to another and debussing shooters who will cover the evacuation of the principal into the support vehicle. I have learned that even highly trained teams have trouble not crossing the muzzles of their weapons over fellow operators during this movement.

As a result, I generally teach that handguns should be left holstered until the operator reaches his shooting position. Likewise, if the long gun is kept with the mag loaded but chamber empty, the cocking handle should not be racked until in shooting position and muzzle should be kept facing upward during movement.

If the long gun is already loaded, muzzle stays facing up and safety on until the shooting position is reached. This may cost an extra second or two before engagement can begin, but in Simunitions drills, as well, I have seen accidents when moving quickly into shooting position with weapons in hand. Very skilled operators can shoot on the move as they debuss, but I emphasize the words “VERY SKILLED.”

Final Notes
The member of a close protection team faces many situations in which his or her firearm may go off if not carefully handled, may be lost if not secured, or may be used too quickly without considering the area around and behind the target if not constantly tactically aware. The rules for limiting such dangers are very basic: 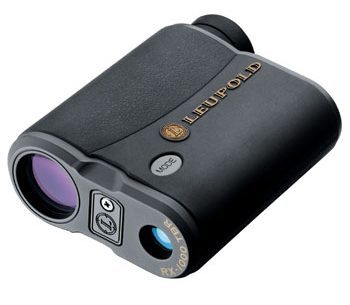