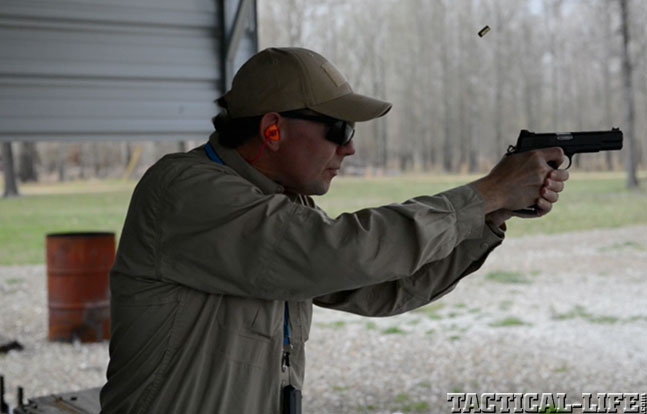 Get the best of hog hunting and firearms training at the Circle WC Ranch in Cuthland, Texas.
Comment(s)

Wilson Combat has been a premier builder of 1911 pistols and AR-style rifles for decades. The company’s 1911 pistols remain some of the most popular on the market, so popular in fact that it’s easy to forget that Wilson Combat started by customizing customer’s pistols. Bill Wilson began as a world-class competitive shooter who then began making improvements to rudimentary 1911 pistols and even revolvers. Over time, these improvements led to the development of the custom-grade pistols Wilson Combat offers today.

Bill Wilson is also a renowned big-game hunter who spends much of his time at his Circle WC Ranch in Texas. What began as a hog hunting ranch has turned into a trophy hunting ranch as well as a training and firearms testing facility. Many of Wilson Combat’s newest designs are tested at the ranch. Bill Wilson also brings in proven instructors like Ken Hackathorn for pistol and carbine instruction. A recent trip to the Circle WC Ranch provided me the opportunity to see this facility in action.

Along with some hog hunting using his AR rifles in .458 Socom, we completed some testing and training using Wilson Combat’s latest pistol designs. Along with a number of new 1911 pistols chambered in 9mm, we had the chance to test Bill Wilson’s newest project, the Beretta 92. While many military and law enforcement personnel are already familiar with the Beretta 92, Wilson Combat takes these pistols to a new level of comfort, design and reliability for all users. Take a quick look at the video showing them in action along with other Wilson Combat rifles and pistols. Keep an eye out for upcoming features in TACTICAL WEAPONS and COMBAT HANDGUNS about the Beretta 92, the Circle WC Ranch and other Wilson Combat designs. 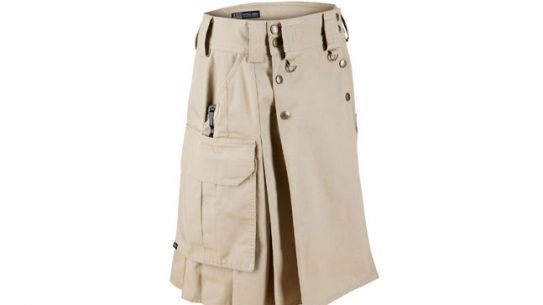 5.11 Tactical has announced the third annual limited edition release of their Tactical Duty...