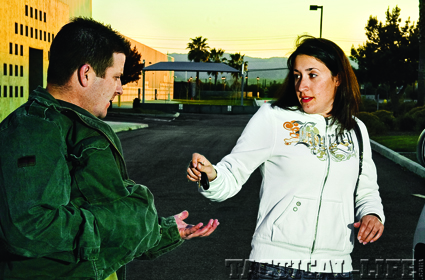 Talking with a couple of dealers from different parts of the country, each mentioned customers interested in carrying one of these .410 shotshell/.45 Colt revolvers in their vehicle for use against carjackers. Of the guns in this increasingly popular chambering, the Taurus Public Defender Polymer and the Smith & Wesson Governor seemed promising for this niche usage.

Don’t fall victim to a carjacking. Arm yourself with the firepower and skills needed to defend yourself. Photo by Alfredo Rico

Both are nicely made double-action revolvers with noticeably long cylinders to handle 2 ½” shotshells. Both will also handle the .45 Colt round, and the Governor will handle .45 ACP cartridges. Due to the long cylinder, neither really qualifies for easy concealment. At 7.65 inches overall, the Public Defender is almost an inch shorter overall than the Governor. This is a consideration for bringing either revolver into action while seated in a vehicle, especially behind the wheel and wearing a seat belt.

The thinking on using one of these revolvers seems to be that if loaded with shotshells a driver can deliver a lot of projectiles against a potential jacker quickly. There is some logic here, but the question becomes what clothing is the attacker wearing and what shot loads are being used? The most popular choices include a 00 Buckshot load holding three buckshot projectiles and a Personal Defense PDX load with either BB shot atop a slug or BB shot with three “defense disks.” At the range a carjacker is likely to be engaged these should penetrate normal winter clothing.

Another consideration in using shot loads is that a carjack scenario is most likely to take place in an urban environment where bullets that travel farther retain more possibility of hitting a bystander. As a result, the use of shotshells may be—and may appear to be—a more “minimal use of force.”

On the other hand, .45 Colt has a very sound reputation as a manstopper, so putting a couple of heavy .45 Colt bullets into a jacker should stop him fairly quickly. The range should be short enough—otherwise it might be hard to justify a shot—that center-of-mass hits firing double action quickly should be relatively sure. Once again though, to be responsible in an urban environment, if .45 Colt is chosen, Glaser Safety Slugs might be the answer to prevent overtravel or overpenetration. For the Governor, if .45 ACP is chosen to allow faster reloads with moon clips, then Glasers offer a good option as well. 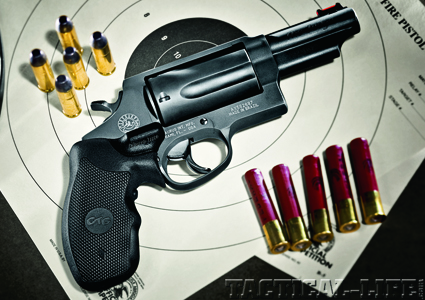 Adding to their overall effectiveness, .410/.45 revolvers can also come with a laser aiming device

An option a lot of shooters who use the .45 Colt/.410 revolvers choose is to load the first two chambers with shotshells using anti-personnel loads and the remainder of the chambers with .45 Colt. Since I normally carry a .45 Auto as a belt gun, if I chose to carry the Governor specifically as a car gun I might consider loading it with .45 ACP. However, that would preclude using shotshells due to the moon clips. Besides, I would have spare magazines for my hip gun and would expect to use the revolver only initially to deal with a person or persons attempting forced entry into the vehicle. Given that view, if the Taurus or S&W revolver as an initial-engagement weapon, the extra round in the Governor’s cylinder has some appeal. And, speaking of the cylinder, I would assume that the longer cylinder might have some intimidation factor for at least some potential carjackers, thus causing them to depart without needing to be shot—and that’s always better!

I gave some thought to the best way to carry the Public Defender or the Governor if specifically carried in the counter-carjack role. It seems to me the best method would be in a shoulder holster, as this gets the revolver up where it can be accessed more readily than a hip holster when seated. It also positions it so the hand can access it when wearing a shoulder holster. It will be necessary to practice the movement to make sure the belt doesn’t impede the draw.

DeSantis Gunhide makes the perfect shoulder rig for the Public Defender and the Public Defender Polymer; note each takes a different holster. The New York Undercover holster is available either with just the strap under the arm opposite the gun or with the 3×3 pouch for additional ammunition. I chose the version with the pouch so I could carry extra rounds of .45 Colt ammo. The down slant of the holster with this rig allows good access standing and good access seated. I have also found that with some effort this type of shoulder holster allows an emergency draw with the support hand if the wrist is twisted. This same shoulder rig is available for the Smith & Wesson Governor. If the revolver is carried primarily as a car gun, the DeSantis New York Undercover would be my choice.

As long as I was trying holsters, though, I also ordered one of the DeSantis Speed Scabbards for the Public Defender Polymer. It works quite well, and I tried carrying the Governor in the New York Undercover and the Public Defender Polymer in the Speed Scabbard. As has been my experience with DeSantis Leather, both holsters were well made, well fitted, and comfortable to wear.

To test the two revolvers for the counter-carjack role I set up targets in various scenarios around a vehicle parked so I had a safe backstop before which to position the targets. Since the primary advantage of this revolver is the ability to use shot shells, I loaded the first two chambers with Winchester PDX .410 cartridges. These employ 3 “Defense Disks” atop 12 plated BB shot in a shot cup. The disks are designed to catch the rifling and, therefore, should exit the barrel and remain stabilized for a target at short range. I stuck to ranges that seemed likely for engagement of a carjacker.

For example, I fired at a “jacker” coming up on my rear driver’s side at 7 feet. I used a tombstone-type target to represent the attacker. From the Governor, the three Defense Disks were touching and well centered, while the 12 BB shot had spread to about 6 inches but were center of mass. Firing the same scenario with the Public Defender Polymer, the pattern was similar with the Defense Disks touching, but the BB shot was actually tighter—about 4 inches.

As I moved the targets out farther, the Defense Disks still stayed close together and well centered, but the BB shot pattern opened up dramatically, to the extent that with both guns at 7 yards, half or less of the BB shot was usually on the target. This, I think, is a function of the necessity to have a rifled barrel to meet legal requirements, which causes the BB shot to spin out of the barrel. I think that’s a good indicator that if shotshells such as the PDX are used it would be best to load them in the first two chambers for very close range work while using .45 Colt in the remainder of the chambers.

I shot both guns with CorBon’s DPX 225-grain .45 Colt load. Accuracy was good at 25 yards with both guns, though the Governor shot right and the Public Defender Polymer high at that range. Both would have definitely discouraged an attacker who was backing away firing after an attempted jack—probably terminally! I have also fired the Public Defender Polymer with CorBon Glaser 145-grain Safety Slugs at 10 yards—the group was good and Glasers usually do a lot of damage on soft targets. 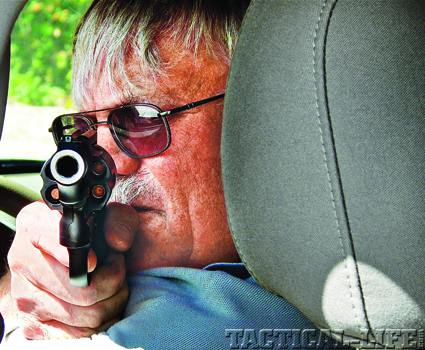 To a street thug expecting an easy set of keys to your personal vehicle, the S&W Governor would be a rude awakening

Both the Public Defender Polymer and the Governor are reliable combat revolvers. They seem to perform as expected if carried in the vehicle to stop a carjacking, but, of course, they can be carried as a combat revolver to stop other types of attack. To be honest, I am undecided whether I think that the use of the .410 shotshells at close range from within the vehicle is any better than a double- or triple-tap from one’s regular combat handgun. Especially for the carjacker who is not gun savvy, the long cylinder may imply that he is facing an especially ferocious weapon. The realization that one shot has put multiple holes in his person may accomplish the same! Based on my quick discussions with dealers who have sold .410/.45 Colt revolvers to their customers, the buyers tend to be relatively new shooters who have become gun buyers for self-defense. They like the idea of a handgun that fires a multiple projectile round. That gives them more confidence in their weapon.

But to reap the true rewards from these revolvers, shooters must take the time and effort to pattern them to see at what ranges they are effective with shotshells.

I do think that the Taurus Public Defender Polymer or the S&W Governor will protect their owners in and out of a vehicle. But, thought must be given to ammo choice and mix if multiple types are carried in the cylinder. 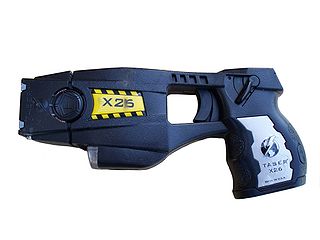 Talking with a couple of dealers from different parts of the country, each mentioned…