by Peter Suciu
in History, Lifestyle
0

Memorial Day, and its National Moment of Remembrance, honors the sacrifices made by those killed in service of the United States. Yet Veterans Day honors all American military veterans. But it remains closely associated with the Tomb of the Unknown Soldier at Arlington National Cemetery. 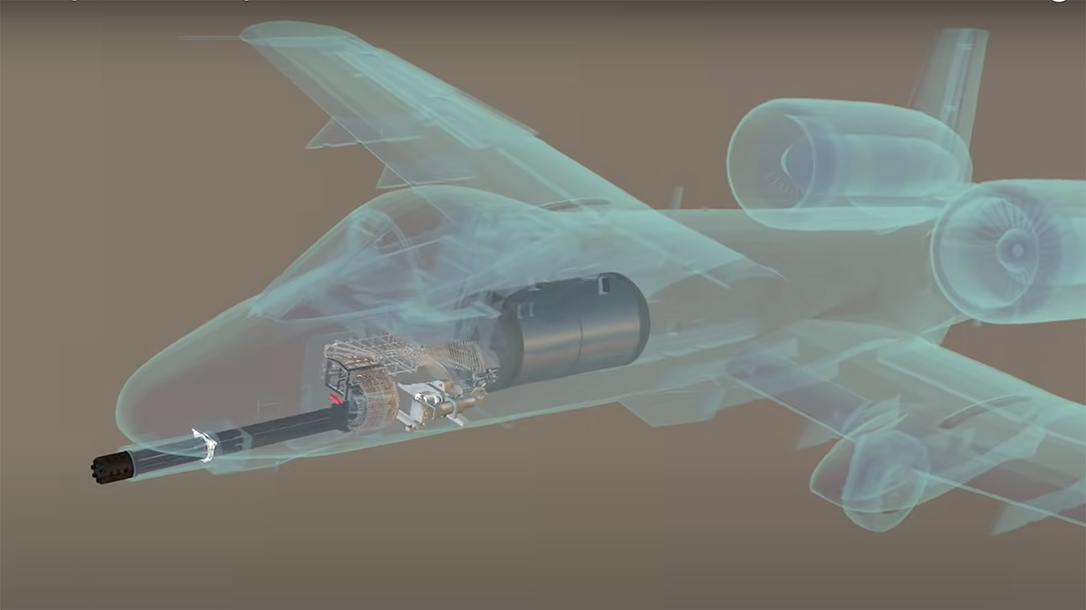 Tomb of the Unknown Soldier: 100 Years

The origins of Veterans Day go back 102 years, when U.S. President Woodrow Wilson issued a message to his countrymen on what was then known as Armistice Day. It marked the first anniversary of the end of the Great War –later known as the First World War.

“A year ago today our enemies laid down their arms in accordance with an armistice which rendered them impotent to renew hostilities, and gave to the world an assured opportunity to reconstruct its shattered order and to work out in peace a new and juster set of international relations,” Wilson said in his remarks, adding, “To us in America the reflections of Armistice Day will be filled with solemn pride in the heroism of those who died in the country’s service, and with gratitude for the victory, both because of the thing from which it has freed us and because of the opportunity it has given America to show her sympathy with peace and justice in the councils of nations.”

While the tradition of honoring the day continued, it wasn’t until June, 1926 that President Calvin Coolidge issued annual proclamations that called for the observance of November 11 with appropriate ceremonies; Congress approved November 11 an annual holiday on May 13, 1938.

Yet, two years after Wilson’s acknowledgement, Nov. 11, 1921, the Tomb of the Unknown Soldier became officially dedicated. More than 10 months earlier, March 4, Congress approved for the burial of an unidentified American serviceman killed in the war in Europe. That “Unknown Soldier” returned from France, interred below the three-level marble tomb.

Technological and industrial progress had made the First World War one of the deadliest conflicts in history, with millions losing their lives. The new weapons and the horrific trench conditions made it impossible to identify all of the dead, and when the war ended, nations created cemeteries and memorials to honor their dead, known and unknown.

On the second anniversary of Armistice Day, Great Britain and France each interred an unknown service member killed in combat. The French laid their unknown soldier to rest under the Arc de Triumph in Paris, while the British buried their unknown soldier at Westminster Abbey in London. Those unidentified remains represented all of the unknowns. Their tombs served as shrines and places where citizens could mourn and pay their respects.

The United States, inspired by its wartime allies, created a similar tomb for the American Unknown Soldier. After considering multiple locations, Congress ultimately chose to locate the Tomb at Arlington National Cemetery.

In the fall of 1921, the U.S. Army selected one of the unidentified servicemen killed in the war. This Unknown Soldier returned to the United States onboard the USS Olympia, the warship that served as Admiral George Dewey’s flagship during the Spanish-American War in 1898.

Ceremonies to honor the Unknown Soldier began with the Olympia’s arrival at the Washington Navy Yard on November 9, 1921. A day later the casket lay in state in the U.S. Capitol Rotunda, and more than 90,000 mourners came to pay their respects.

On November 11, 1921, the funeral for the Unknown Soldier took place at Arlington. Telephone lines transmitted President Warren G. Harding’s eulogy to audiences at venues in New York and San Francisco. During the ceremony, the president also presented the Medal of Honor to the Unknown Soldier, while dignitaries came from France, Belgium, Great Britain, Italy, Romania, Czechoslovakia and Poland. Each presented their nations’ highest awards as well. Chief Plenty Coups of the Crow Nation represented American Indians at the ceremony and placed his coup stick and war bonnet on the Tomb.

Since its dedication, the Tomb of the Unknown Soldier has been guarded by soldiers of the United States Army, and today those soldiers are from the 3rd Infantry Regiment, “The Old Guard” from Fort Myer, Virginia. Serving as a Sentinel of the Tomb of the Unknowns remains a true honor. Fewer than 20 percent of all volunteers gain acceptance.

The Sentinels “walking the mat” do not wear an army rank, so as to never outrank the Unknowns. They stand watch 24 hours a day, 365 days a year, in any weather. A misconception is that the Sentinels have remained at their posts during hurricanes, but that is not true. The lives of the soldiers on guard are never put at risk, and the tomb guards are ready to be evacuated if the weather conditions place the soldiers at risk of injury or death.

The public gained rare access this week during the Centennial Commemoration, including walking on the Tomb of the Unknown Soldier Plaza and laying flowers. The two-day event gave access to people where only Sentinels ever step foot. Visitors may bring their own flowers, however, the event provides complimentary roses, gerbera daisies and sunflowers as well.

“As the stewards of the Tomb of the Unknown Soldier, it’s our honor to lead the centennial commemoration of this site,” said Karen Durham-Aguilera, executive director of Army National Military Cemeteries and Arlington National Cemetery. “The Tomb has served as the heart of Arlington National Cemetery. It is a people’s memorial that inspires reflection on service, valor, sacrifice and mourning. As a sacred memorial site and the grave of three unknown American service members, the Tomb connects visitors with the legacy of the U.S. armed forces throughout the nation’s history.”

On Veterans Day, Nov. 11, a special joint full honors procession, meant to replicate elements of the World War I Unknown Soldier’s 1921 funeral procession, and a joint service flyover (aerial review) with aircraft from all branches of the military was also scheduled.

“Throughout this year, the cemetery has held events leading up to the centennial ceremony,” explained Charles ‘Ray’ Alexander Jr., superintendent of Arlington National Cemetery. “We encourage the public to experience and participate in the commemorative events in many ways, both at the cemetery and virtually.”