Air Force Combat Arms: The Best Job No One Knows About

by Caleb Giddings
in military-news
0 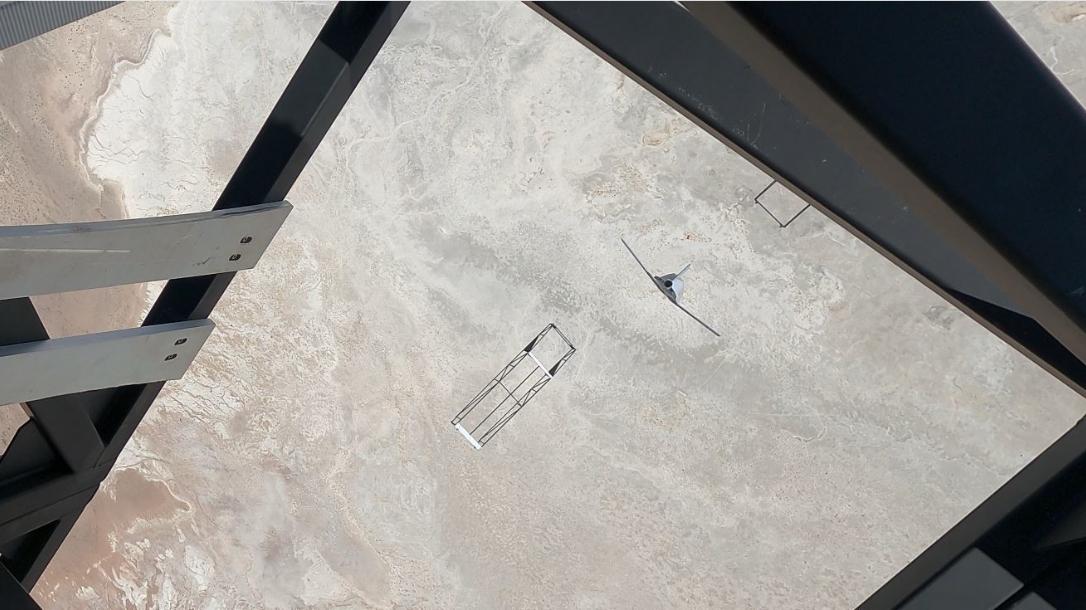 Rapid Dragon: The Air Force Fires a Cruise Missile from a C-130

What is an Air Force Combat Arms Instructor?

In the Army and Marine Corps, the term “combat arms” refers to Military Occupational Specialties (MOS) whose primary mission is to destroy the enemy. The very broad definition includes infantry, artillery, tankers, etc. Of course, when most people think of that term, they think infantry. Regardless, in the Army and the Marines, combat arms means combat troops.

Yes, that’s right. The Army and Marine Corps firearms instructors don’t have “firearms instructor” as their MOS. They’re drawn from other career fields, often the infantry, and used in that role to train people how to shoot. The Army does have small arms maintainers as a career field, but their primary role is to fix guns, not teach people how to shoot them. Air Force Combat Arms Instructors’ primary role is right there in the title: instructor. They also do maintenance, but first and foremost they are teachers.

Air Force firearms training traces its roots back to when General Curtis LeMay was the commander of the force and the era immediately after the Korean War. Interestingly, there are different stories for the origin of what would eventually become the Air Force Combat Arms instructor field. The first is the disputed account of the Kimp’o Airfield Massacre. This where Air Police and other base defenders were overrun by Chinese forces and allegedly hanged from meathooks. The apocryphal accounts of Kimp’o include defenders trying to load 1911 magazines into their M2 carbines. The problem is that much like many of the reports on the internet in modern days, it likely never happened. Or at least didn’t happen the way it was remembered in pop culture.

While the Korean War certainly contributed to the Air Force developing its own marksmanship program, the unofficial “other” story is far more interesting, and also probably happened, unlike the massacre. At the time, General Curtis LeMay was the commander of the Air Force, as mentioned. In addition to being a big fan of firebombing Japanese cities, Gen. LeMay was also a big fan of the service rifle competitions held at the time. Additionally, he was a fan of talking trash to the Army. So Gen. LeMay, stands up the USAF Marksmanship Center at Lackland AFB. The initial cadre were selected from experienced competition shooters already in the Air Force. Their official mission was simple:

[T]he fundamental military concept of competency with firearms must be reinstated within the Air Force.

It took a few years, but in 1965 the US Air Force team accomplished their unofficial mission, becoming the first team to win the National Trophy that wasn’t from the Army or the USMC since the Navy won in 1909. For the record, since then the Army Marksmanship Unit has held a stranglehold on the title, but winning once was awesome.

That year coincided with a name change to Small Arms Marksmanship Training Unit, or SAMTU. The SAMTU teams created the first Air Force Sniper school, as well as a marksmanship course to prepare airmen for deployment during the Vietnam conflict.

In 1982, the SAMTU career field reorganized as part of the Air Force’s Office of Security Police. The name was changed to Combat Arms Training or Maintenance, or CATM (pronounced cat-em) a sobriquet that persists to this day. The last major change for Combat Arms Instructors occurred in 1993, when the career field was again re-aligned to be a “shred” inside the Air Force Security Forces field. At the time, the USAF was consolidating its security, law enforcement, K9, and firearms training programs into one career field.

To become an Air Force Combat Arms Instructor, obviously you first must be qualified to join the Air Force. Then enlist in the Security Forces career field. After USAF Basic Military Training (BMT) you’ll attended the Security Forces Academy, earning your badge and beret. Once you get to your first base, you’ll need to accomplish some initial tasks as a member of the base security and law enforcement force, but then you’ll be able to request to retain into Combat Arms. Then it’s back to Lackland for Combat Arms Instructor school. When complete you’ll be re-assigned based on the needs of the USAF.

What do Air Force Combat Arms Instructors Do?

Combat Arms Instructors have two primary jobs: 1) train and qualify USAF personnel with small arms for duty or deployments; and 2) repair, maintain, and inspect those weapons. The nature of the day to day job depends strongly on the base that the instructor is assigned to. There are also some very cool schools and training opportunities available to Combat Arms Instructors as well. Red hats, as they’re called, have the opportunity to qualify on weapon systems not typically available to most Air Force members.

For example, Air Force Combat Arms instructors will obviously qualify on the M4A1 carbine and M18 pistol. These are the standard issue weapons. However, they’ll also qualify on 40mm grenade launchers, either M203s or the new 320 system (not to be confused with the Sig P320). Additionally, most instructors qualify on the M240 and M249, and some will get to shoot even more interesting weapon systems, including the M2, Mk19, and the M110A1.

Are There Combat Arms Instructors in the Guard and Reserve?

Yes, and their jobs are just as interesting as active duty instructors. Depending on the base, there are usually plenty of opportunities for TDYs and schools, because fully trained red hats are in high demand. Guard/Reserve instructors are eligible for all the same schools as active duty. They’re also subject to deployment the same as other Guard/Reserve members. If someone serves 6 years in the Reserves as a Security Forces member and/or Combat Arms, they can expect to deploy at least once, maybe twice. That’s in addition to TDYs, schools, and regularly scheduled drill weekends and annual tour.

As we wrap up this article, it’s appropriate here to disclose that I am incredibly biased on this subject. I am an Air Force Combat Arms Instructor, currently in the AF Reserve. I think it’s the best job in the Air Force that doesn’t involve shooting missiles at people. The opportunity to teach new shooters, to work on guns, and to shoot free ammo is awesome. In my time in, I’ve been to all kinds of fun schools, shot 40mm HEDP out of a Mk19, deployed, and genuinely loved it. The job’s not for everyone, but if you like teaching, shooting machine guns, and working on broken guns, it might be for you.

Obviously, my opinion certainly isn’t an official one or representative of the Air Force. As you can tell, I’ve had a positive experience.