A new poll of U.S. adults shows that 10 percent of all respondents and 12 percent of conservatives consider immigration the most important problem facing the nation. Immigration surged to No. 5 on the list, with most people listing the economy as their biggest concern, followed by jobs.

Just last month, only 2 percent of respondents and 3 percent of conservatives listed immigration as the top problem. Now the proportion is the largest Gallup has recorded in more than two years.
(Immigration peaked in the polls at 19 percent in April 2006, when the House of Representatives passed a tough immigration bill cracking down on illegal immigrants, sparking protests. The bill never became law, and the Senate’s efforts at comprehensive reform failed.)

Arizona’s tough new immigration law — which most Americans support, polls indicate — has rekindled the debate over immigration. Sarah Palin, her former running mate Sen. John McCain and other high-profile conservative figures have argued that the border is unsafe and needs to be secured. Critics argue that its provisions are draconian and threaten racial profiling.

The debate might be one reason that the proportion of conservatives considering it the nation’s top problem has quadrupled in a month.

Meanwhile, 6 percent of liberal respondents listed immigration as the biggest problem facing America this month, up from 2 percent. 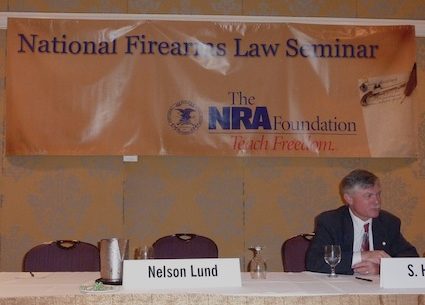 Live From the NRA Convention!

A new poll of U.S. adults shows that 10 percent of all respondents and…