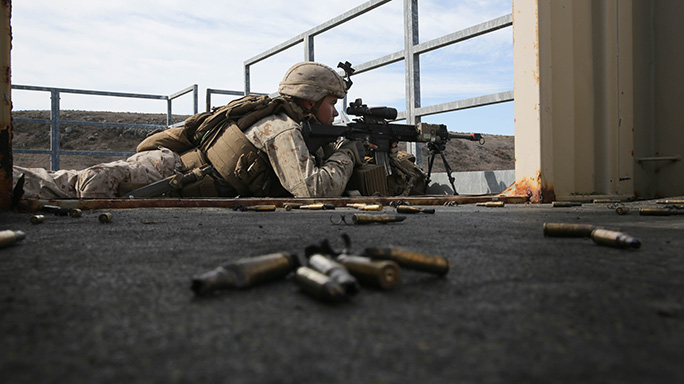 The following is a release from Sgt. Paris Capers, 13th Marine Expeditionary Unit:

During COMPTUEX— and in all of the MEU’s pre-deployment packages since August— the units have been conducting operations in the fictional country of Black and the regions surrounding it, actively executing missions across the range of military operations.

Within the scenario, the fictional “Operation Bearclaw” was initiated after the government of Purple— an island nation near Black— requested coalition assistance in response to a violent extremist organization seizing a village to conduct weapons smuggling operations within Purple ports. As a coalition asset, the units were called forward as responsive force to oppose the VEO.

“The MEU is the go-to force for missions like these,” said 1st Lt. Eric Berman, AAV platoon commander for Co. E. “Our expeditionary nature combined with our unique capabilities makes it easy to get in swiftly and take decisive action.”

Following a ship-to-shore landing originating from the USS Harpers Ferry, the Marines secured a beachhead on the northwest of the Purple Islands. Once all troops were ashore, the amphibious landing force pushed forward into North Village, where they encountered armed fighters scattered throughout.

For nearly two hours, the Marines and Corpsmen of the company fought house-to-house in the village, clearing enemy combatants who sprinted between buildings as forces advanced. During the fierce fighting, Marines continued to execute a combined arms assault, using the AAV’s .50-Caliber heavy machine guns alongside advancing infantrymen to eliminate insurgents hiding in re-enforced buildings and other structures.

The Marines did the job they came to do and did it well, according to Berman.

This scenario mirrors real-world assaults Marines may be called upon to execute, which can result in the destruction of numerous enemy weapons systems, including small arms, mortar systems, and vehicles. Marines may also able to collect information that could assist in uprooting VEO influence in a region.

“Training like what we’re doing during COMPTUEX makes us better fighters,” said Berman. “It forces us to think about the story and the elements of a real mission, instead of just going in and taking out an enemy.” 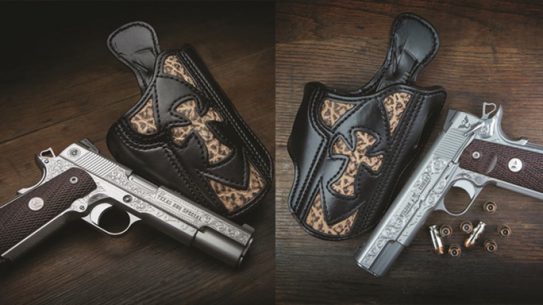