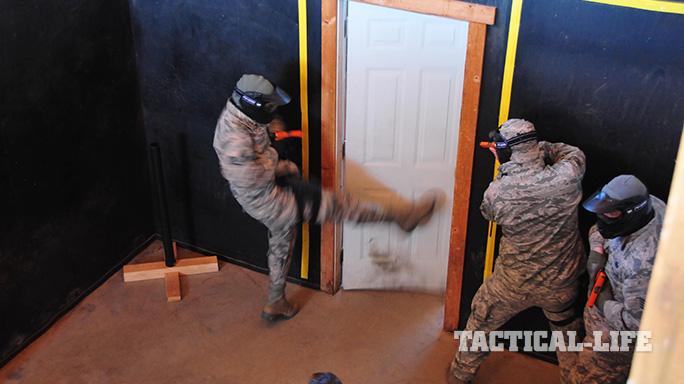 The following is a release from Tech. Sgt. Michael Matkin with 161st Air Refueling Wing:

The award recognized the unit for its in-garrison accomplishments as well as for mobilizing 58 of the squadron’s 75 Airmen over three separate deployments.

“This recognition stands for so much more than an award,” said Lt. Col. Denise Sweeney, the squadron commander. “It is an outward symbol of our commitment to each other as a team and our impressive ability, to not only deploy most of our squadron, but continually meet our in-garrison mission demands despite continuous challenges.”

According to Sweeney, the 161st SFS couldn’t have accomplished what they did if the squadron hadn’t come together as a team. She said it’s incredible that they never had a lack of volunteers to accomplish the mission.

“We provided an extensive amount of garrison support to the wing, while also sustaining a high-(operations) tempo, but we have never had to give an excuse or have a shortfall,” Sweeney said.

With such a high-ops tempo, Chief Master Sgt. Scott Burton, the security forces manager, said he felt that Airmen were able to meet deployment and home station requirements because of the support they received at home.

“At the end of the day it’s the family support,” he said. “We wouldn’t get the volunteerism that we do if the families weren’t backing them up. They know this is important.”

Sweeney agreed saying that families are part of the 161st SFS and they, “couldn’t do what we do without their support.”

According to Staff Sgt. Amanda Brooks, a security forces craftsman, family support is reflected in the way the squadron members came together and synchronized as a family, and as a team.

“We have all really come together and we have a great sense of unity within the squadron,” she said. “Knowing that we are all here to support one another has really kept morale up. Nobody complained about the high-ops tempo and back-to-back deployments; there were a lot of volunteers. This is why we have a lot of unit pride within the squadron.”

Brooks said that winning the squadron of the year award is a big boost to the squadron’s pride and it makes her feel grateful to be a part of such a prestigious unit.

“You didn’t deploy multiple times, work (numerous) days in a row, or support flights on a moment’s notice because it would make a good bullet statement,” Sweeney said, while speaking to her Airmen. “You did it because you are proud to serve and would do anything to support your fellow defenders, our wing and our great nation.”

Sweeney said these achievements wouldn’t have been possible without the support of the entire wing and that the award is an acknowledgment of the hard work of the entire 161st Air Refueling Wing.

“What it really boils down to is the mission and, as a wing, we are 100 percent all-in,” she said. 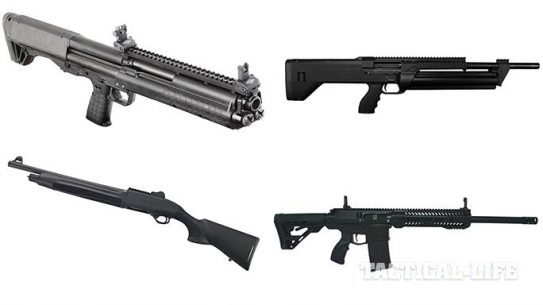 One tactical shotgun can serve well in a variety of roles, and manufacturers today...