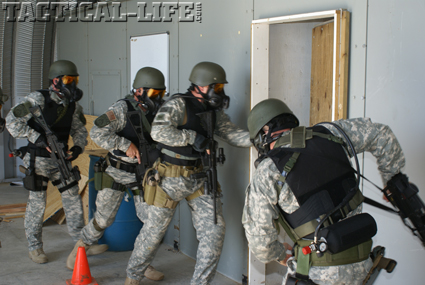 Tactical teams from all over the world met this week in Tulsa to compete in the 2009 US National SWAT Championship (USNSC). Hosted by the United States Shooting Academy that provided world-class facilities and support, the tactical teams were confronted with eight events designed by world-class operator and trainer Rick Porter to test their tactical decision-making, physical stamina, team dynamics and communications. 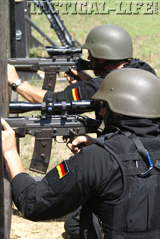 As with the US National SWAT Sniper Championship won by the Dallas 2H team earlier in the week, Jack O’Conner’s competition challenged tactical officers to the fullest. Each of Jack and Rick’s events put teams in situations that tactical teams have had to deal with on call-outs. Just as in the real world, rules of engagement were stressed, misses cost dearly and time was critical to complete the mission. For three days officers fully encumbered in tactical gear faced the following events:

•    The Officer Rescue started with a patrol officer (a team member) taking shots and becoming a simulated casualty while the rest of the team advanced hundreds of yards to engage targets and retrieve their immobile teammate.
•    The Avon Barricaded Gunman, started with a sniper shot, required each team to perform a dynamic entry into an unknown structure to engage multiple targets and extract the bad guy.
•    The Bus Assault had each team initiate a bus assault with a precision shot followed by live fire entry that required each shooter to shoot around hostages, and simulate rendering critical trauma care.
•    The MGM Multi-Gun Shootout event required the team to hit clay targets and steel plates from their pistols, carbines, precision rifles and shotguns.
•    The Patriot Ordinance Factory Carbine Crunch had a course of fire complicated by a cramped shooting positions and the requirement for one shooter to engage targets from the top of a ten foot wall using nothing more that their other teammates for support.
•    The GLOCK Pistol Relay event had each team engage steel targets with sidearms while passing off an unwieldy and heavy bag that could not be dropped or set down all while wearing protective masks.
•    The First Choice Shield Assault tested each team to effectively use bulky shields to move and shoot targets.
•    The TASER Team Takedown gave officers the opportunity to make hits with the TASER X26 and TASER XRep shotgun rounds as well as engaging clay and steel with carbines, pistols and shotguns.

The events were all timed, with points being lost for misses, lost gear, abuse of the unwieldy 165 dummy or safety violations all while crawling through and over barricades, walls and tunnels and running for hundreds of yards. It was a lot to do right, but that was the intent!

The teams competed to better protect us because the competitions like the USNSC increase the operators’ abilities by seeing what works, and what doesn’t. As proof that the officers fight for top honors for the experience not the rich and bountiful prizes, the winning GSG9 team donated the grand prize, five Patriot Ordinance Factory 5.56mm Carbines to the Tulsa County Sheriff followed by Bruce Power donating their hard-won GLOCK pistols won during the GLOCK event to Tulsa S.O. as well! The standing ovation for both was long and deafening.

The week was filled with tough and close competition, arbitrated by a tireless Rick Porter and ended on a note of honor, selflessness and friendship that made the hours in the merciless Oklahoma sun worthwhile. Thanks to Jack, Rick and all the operators that keep the tip of the spear sharp and ready. 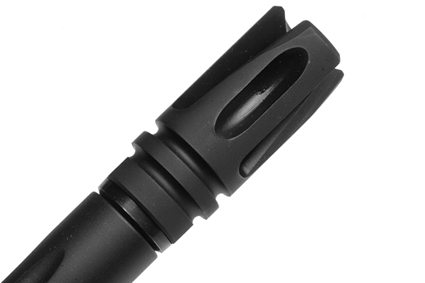