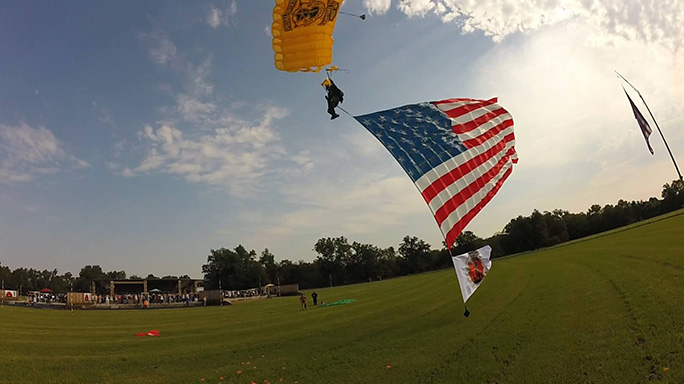 The following is a release from the Special Forces Charitable Trust:

“I can’t think of anything that is more rewarding for my family and I than RGAS,” said founder and Shoot Chair Mike Reynolds. “This country and the grace of God have blessed my family beyond reason and “giving back” just shouldn’t be this fun!”

The Remington Great Americans Shoot is a one-of-a-kind format. Eighteen teams of five shooters raised a minimum of $50,000 to participate.  Half of the proceeds go to the Special Forces Charitable Trust; the remainder is split among designated charities of the top fundraising teams.

“As part of ‘Team Most Improved’ we were ready to help raise the bar,” Bray said. “Beyond being a great cause, the RGAS15 Shoot brought together a truly unique group of people, many of whom I am proud to now call my friends.  I want to issue an open challenge to anyone involved or interested in this cause: Let’s raise the bar for next year.”

Each team included a “Sixth Man” from within the Special Operations Community, who joined the shooting competition as an honorary team member.  Among these special operators is U.S. Army Major Ivan Castro, the only blind active duty officer in the Green Berets. Maj. Castro shot 15 out of 20 sporting clays, breaking his own “world record” of 13 set last year.

“Once again the Remington Great Americans Shoot, under the leadership of Mike Reynolds, was a tremendous success,” said David T. Guernsey, Jr., Executive Director of Special Forces Charitable Trust. “We had 118 participants this year from New York to California supporting the Special Forces Charitable Trust and Special Operations Community. We thank everyone one of them for their support.”

Special thanks goes out to the Texas A&M skeet and trap club, which provided 20 volunteers to serve as pullers and scorers for the event.

“It was a weekend among great American civilians and great American warriors, and a chance for all of us to say “thank you” to the men that go to war for us,” Reynolds said. “All I can say is see you next year!” 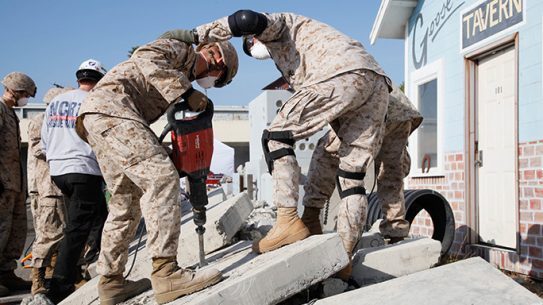 Marines and sailors work with the San Francisco Fire Department during urban search and...