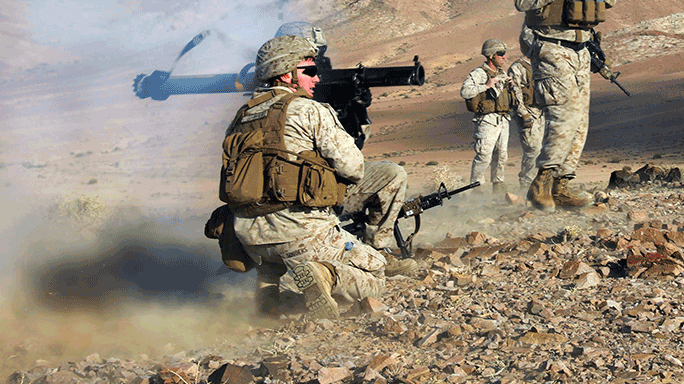 The following is a courtesy story from the 26th Marine Expeditionary Unit:

The assault squad trained into the night by placing the weapon system into position and following the step-by-step fundamental procedures for firing the SMAW.

The day and night live-fire rocket range was one of multiple live-fire ranges conducted throughout sustainment training.

“Both the day and night live-fire ranges allowed for us to increase proficiency,” said Cpl. Travis Thompsonsevcik, a machine gun section leader with weapons platoon, Fox Company. “Simulated targets resembling enemy troops and vehicles are staged at various distances so the section has to adjust and work as a team in order to effectively employ the weapon system.”

Marines working as a team seized the opportunity to strengthen their unit cohesion during the sustainment training.

“Essentially, the individual and collective tasks given and carried out by the team throughout the training helps us build our unit cohesion,” said Thompsonsevcik. “We gauge the proficiency of the team by observing and calculating results of the training so we can focus on the areas where we can improve to maximize our efficiency as a machine gun section. However, it is unit cohesion, which brings everything together to make that possible.”

“The combat marksmanship program incorporates dynamic shooting positions, such as standing, kneeling and the prone position into a live-fire range,” said 1st Lt. Shan Mandrayar, an infantry platoon commander with Fox Company. “Everything is on the move and we do our best to simulate a combat environment. From start to finish, each Marine on the range engages simulated targets while transitioning to multiple shooting positions, all while on the move and taking protective cover in order to minimize exposure.”

Overall, Marines with Fox Company felt the sustainment training was a success and was a great opportunity to build camaraderie.

“The sustainment training this early in the deployment was an excellent opportunity to increase combat readiness, which in turn enhances our capability to respond to any mission that may arise during the course of our deployment,” said Capt. James McMenamin, commanding officer of Fox Company. 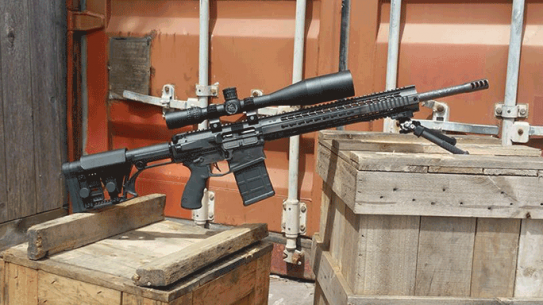 The all new RF-10 Rifle from Radical Firearms features a 100 percent billet upper...