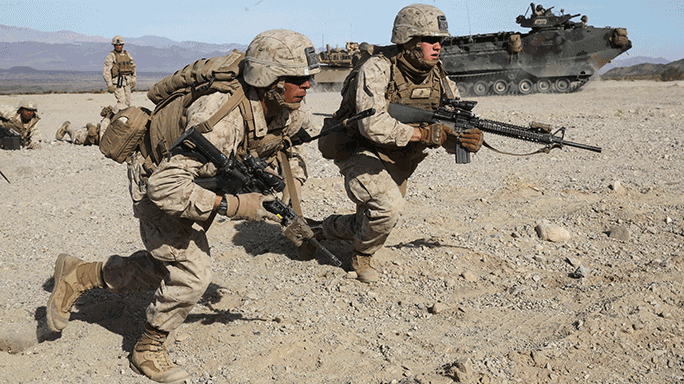 The following is a release from Lance Cpl. Devan Gowans, I Marine Expeditionary Force:

The purpose of the MCCRE is to evaluate and certify 2nd Bn., 7th Marines’ collective performance in a series of requisite tasks for their upcoming deployment with Special Purpose Marine Air-Ground Task Force – Crisis Response – Central Command, which is a forward-deployed, crisis response force supporting Operation Inherent Resolve.

With support from combined anti-armor teams, an artillery battery with 11th Marine Regiment, along with elements of 3rd Assault Amphibian Battalion and 1st Tank Battalion, the Marines were able to carry out the mechanized assault.

The assault started with a series of fire missions, which came in the form of artillery support from the battery followed by an infantry attack on a simulated town.

“We utilized all of our assets for this assault,” said Lance Cpl. Alex Chagaris, with 2nd Bn., 7th Marines. “Following the fire missions, we made [our] way to the combat town, splitting the town in two sectors. At that point, two platoons carried out the attack, advancing through separate sectors of the town.”

Apart from the evaluation and follow-on lessons learned, the assault also served as a realistic orientation on squad maneuvering during a large-scale assault.

“As far as training value is concerned, I went into this drill expecting the newer Marines to develop a basic understanding of skills that they will make use of during an offensive operation,” said Cpl. Joshua Schmitto, an assistant platoon leader with 2nd Bn., 7th Marines.

Overall, the mechanized assault portion of the MCCRE left the Marines with a greater understanding of team and combined arms cooperation, which they can harness for potential future offensive operations..

“As a whole, I feel like everyone has a better understanding of how their individual actions will affect everyone around them, from the supporting units to the adjacent units,” said Schmitto. “Without knowledge of the big picture, the mission will never be successful.” 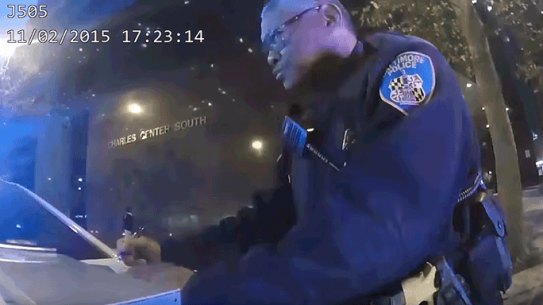