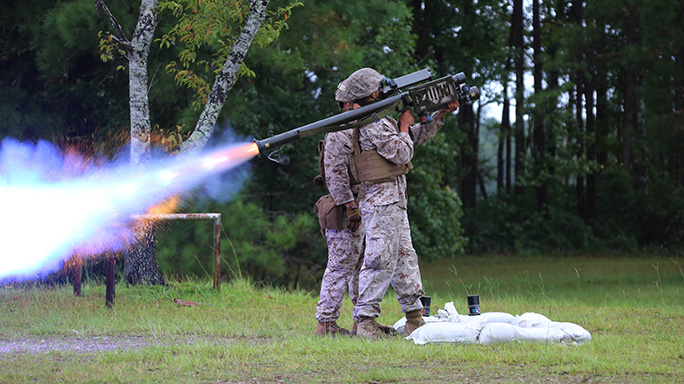 The sound of stinger missile rounds cracked though the air like strikes of lightning as Marines with 2nd Low Altitude Air Defense Battalion honed their surface-to-air defense skills, here, Sept. 24.

Alpha battery Marines fine-tuned their tactical proficiency skills with the FIM-92 Stinger Missile. The weapon is a personal and portable, infrared, homing, surface-to-air missile capable of tracking and engaging aircraft up-to an altitude of 10,000 feet and can cover distances up-to eight kilometers.

“This training simulates the stinger weapons system by taking the approximately 34.2 pound missile and launching the aluminum sleeve out of it,” said Staff Sgt. Kristopher Lucas, a platoon sergeant with Alpha Company, 2nd LAAD Battalion. “The process replicates that transition of the weight off the gunners shoulder. Gunners need to be prepared for the extreme weight difference experienced once the weapon is detonated.”

More than 20 Marines took turns walking up to the firing line and firing the weapons system at a designated target down range.

“The idea of the stinger simulation is to duplicate the weight shift the gunner experiences after firing the weapons system and to mimic the loud noise that the detonation produces,” said Cpl. Grant D. Daggett, a low altitude air defense gunner with the squadron. “As low altitude defense gunners, we are the only military occupation responsible for providing surface-to-air defense in the Marine Corps. We are the only ones who specialize in providing security to the 2nd Marine Aircraft Wing and Marine Air-Ground Task Force elements.”

Low altitude air defense gunners must possess a vast knowledge of the stinger missile weapon system and maintain their proficiency, even when in a non-combat environment.

According to Daggett, the Marines of 2nd LAAD Battalion conduct simulation training often to ensure the members of their squadron maintain the highest level of readiness and possess confidence in their skill set.

2nd LAAD Battalion has provided aerial defense for a span of nearly three-decades, dating back to the post-Korean War era. Although the squadron has endured organizational and equipment evolutions, their mission to provide aerial defense and security has remained the same.

“We train our Marines to be prepared to take on anything with the skills they master,” said Lucas. “Marines have to be ready at any time to utilize the techniques they learn while out in combat and engaging an enemy.” 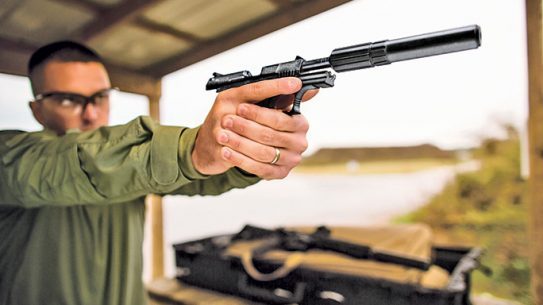 Firearm suppressors serve a greater purpose than most people understand.