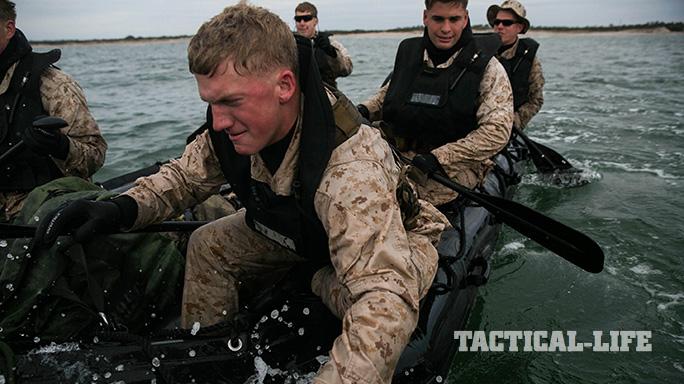 The following is a release from Cpl. Tyler Anderson of Defense Media Activity:

The training started with basic boat manipulations, teaching Marines how to operate the Zodiac F470 Combat Rubber Raiding Craft in various formations and went over emergency procedures, such as man overboard drills. They also practiced basic land navigational techniques, which played a large role in the over-all training exercise.

The land navigation process started with driving from one known to point to another, calculating the speed and using it to drive the boat on water during the night. For amphibious operations, performing tasks at night is essential to mission accomplishment, as the darkness provides concealment when entering unknown and potentially dangerous environments.

“It can be difficult because at night there is no illumination and you’re driving on a pitch black boat in rough seas,” said Cpl. Mitch Chisholm, a team leader with 2nd Recon Bn. “All you have is your compass and your known speed to get you from point A to point B.”

The next day of the training, the Marines practiced surf passages during the day and night. The main point of the surf passage training was to make sure the boat is perpendicular to the waves to ensure the boat does not roll over when entering a surf zone, said Chisholm.

“The weather affects amphibious operations greatly, especially when you consider the state of the sea, and has to be considered when planning in real world operations” said Cpl. Dru Turner, a portman with 2nd Recon Bn. “As you can imagine, currents and tides as well as the wind can significantly affect small boat operations.”

After the Marines showed confidence in the surf passage training, the Marines went into surf scout operations. Scout swimmers are dropped off about 500 meters away from the shore, where they swim in and secure a landing zone, and signal the boat teams to land on shore at the same time.

In a real world scenario, if a commander needs to put a beach landing team on to a beach, he is going to send out a reconnaissance team to make sure that the beach is actually usable for his follow on units that are coming in, said Chisholm.

“With Recon Battalion trying to present its capabilities, the amphibious side is unique, and it’s a skill set that we can provide that no other unit can,” said Turner.

Recon scouts out the ideal area, and determines whether or not that area can actually be used. Once the area is deemed acceptable, they then set up the landing zone for the commander, and he can safely land his units from there, said Chisholm.

“This training is important to me personally because these are perishable skills,” said Chisholm. “If you don’t use them, then they start to degrade, and it’s good for the new Marines who don’t have a lot of amphibious experience because we can go back and teach them again as well as teach them new things along the way.”

With their skills sharpened, and their unit cohesion in check, Marines with 2nd Recon. Bn. are prepared to work together to accomplish amphibious missions, said Chisholm.

“It was really cold out there and everybody was suffering, but I think that’s what builds camaraderie the most,” said Chisholm, “When everybody is miserable together, and you look around the boat and see everybody’s unhappy face, just smiling at them all and knowing ‘hey, we’re all in the same spot.’” 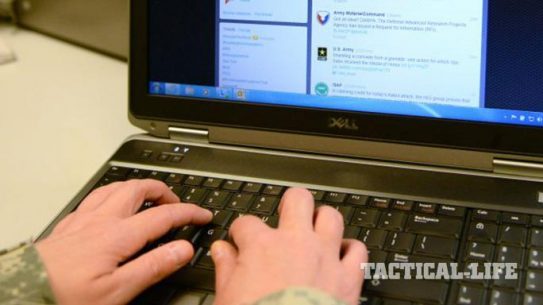 Department of Defense warns of phishing scams and other cyber crime that could affect...