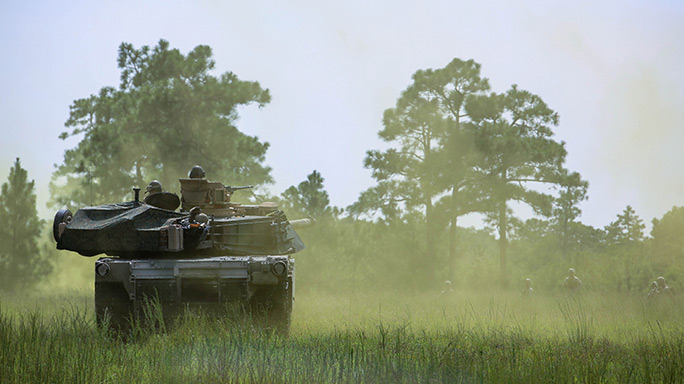 Throughout the past century, tanks have been an ally of pure steel and firepower to Marines fighting on foot. In order to perfect this relationship of mechanized warfare, Marines carry on the method of training the way they fight.

“Our focus has been developing the bond between tanks and infantry,” said Capt. Padraig Flynn, the commander of Company A. “This training is important because in any type of future conflict, these tanks will be teamed up with infantry to make a very deadly combination of assets. It’s also force protection necessary, because a tank is vulnerable without infantry and the infantry may be vulnerable without tanks.”

Flynn explained that between five and 10 hours of classroom time was spent introducing the Marines of 2/2 to the roles and methods of mechanized infantry, before culminating their learning with the exercise.

Infantry Marines loaded their weapons and equipment before departing a tree line across the landing zone, making their way to their pre-determined position where they proceeded to fire flares and pop a smoke a grenade to mark their location. Shortly after, two tanks made their way down the road leading to the LZ Marines manning the tank’s M240B coaxial machine gun and .50 caliber machine gun provided simulated suppressing fire, before rolling in through the guise of the platoon’s yellow smoke.

“[2nd Tanks] is good at what they do and we are good at what we do, so we are here working together to synergize our assets,” said 1st. Lt. Ryan J. Ayer, a platoon commander with Company G. “Our ability to understand how each thinks and how we can best support each other greatly benefit our readiness.”

The exercise comes at a time when both battalions are already making preparations for their Integrated Training Exercise at Marine Corps Air Ground Combat Center, Twentynine Palms, California, in the coming months. The two remarked that they will be spending time in the field once more.

“Allowing these two units to learn how to function and fight together is key,” Flynn said.

“We had a great time working with 2/2 and between the two of us, this is a good operational start that will continue onward.” 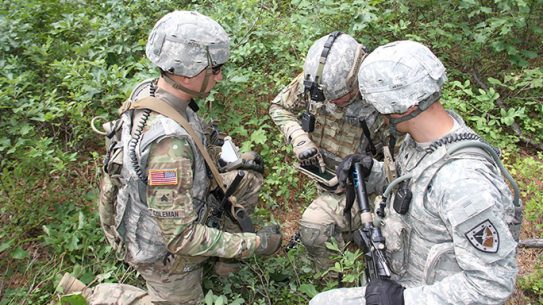 The Leader/Soldier Effects Tool Suite (LETS) is designed to provide soldiers the capability to...