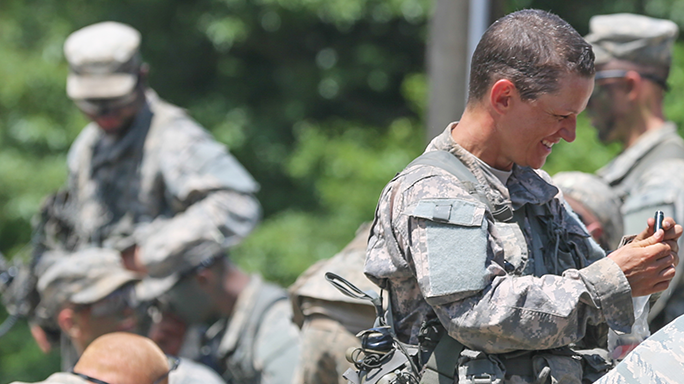 Soldiers prepare to conduct patrols during the Ranger course on Fort Benning, Ga., May 19, 2015. Three women, who remain in the course, have been recycled to begin training again.
(Photo by Spc. Nikayla Shodeen)
Comment(s)

The following is a release from C. Todd Lopez and the Army News Service:

Despite setbacks, three female Soldiers continue the challenge to make it through Army Ranger School.

Those three women were among eight, who were attempting for the second time to pass the first phase of the course, called the “Darby phase.” Of those eight, five were dropped and sent back to their units. The three were recycled back to the beginning of Ranger school in what is known as a “Day One Recycle.”

Soldiers, subject to a Day One Recycle, will restart the entire Ranger course, to include repeating the four-day Ranger assessment phase week at Camp Rogers.

Of the 19 women who started Ranger school on April 20, as part of the Ranger Course 06-15, only those three women remain. April 20 was the first time, which women were allowed into the course.

The move, to assess female Soldier performance in the Ranger course, is part of an ongoing Army effort called “Soldier 2020.” That effort is meant to allow the Army’s best-qualified Soldiers the opportunity to serve in any position, where they are capable of performing to standard.

During a recent media roundtable with the Defense Writer’s Group, Army Chief of Staff Gen. Ray Odierno said he is “adamant” about not changing standards for Ranger school.

“I do believe it’s important that we maintain the integrity of the Ranger Tab and what it means,” the general said.

A press release from the Ranger school cites multiple reasons why a Soldier might not pass any one of the three phases of the course. Those reasons include poor performance in leading a patrol, which is something Odierno said female Soldiers are not experienced in.

“I think the reason they failed is because of patrolling,” he said. “Patrolling is something you learn though experience and they just have not had the experience of doing it. So I am hoping that now as they go through and recycle that they will learn some experience, and go through.”

Despite the setbacks, Odierno said both he and the cadre at Ranger school remain impressed with the first group of women, who embarked on the experience

“I have been very proud of a lot of things. One is the way the cadre has set this up,” he said. “I am going to tell you the feedback I am getting is these females, who have gone through Ranger school, are performing exceedingly well – physically, mentally. And actually, the cadre is very proud of how they have done.”

Ranger Course 06-15 was called a “Ranger course assessment” because it included both male and female Soldiers. The course was the first to include women. But Odierno said he does not think the assessments will stop.

“Ranger school … really is a leader development course,” he said. “The intent is to keep working it. And I think … we will probably run a couple more pilots. I don’t think we are going to give up on it. I think it has been a real success for us as an Army. I think we have had many females who have done such a terrific job preparing themselves. And I think we will continue to do that and we will just see how it goes from there.”

Ranger school begins with the four-day Ranger assessment phase, called “RAP week,” on Fort Benning, Georgia. Soldiers, who make it through RAP week, move on to the patrolling or “Darby” phase of Ranger school, which begins with fast-paced instruction on troop-leading procedures, principles of patrolling, demolitions, field craft, and basic battle drills focused toward squad ambush and reconnaissance missions.

The next phase is the mountain phase in Dahlonega, Georgia, where students receive instruction on military mountaineering tasks, mobility training, as well as techniques for employing a platoon for continuous combat patrol operations in a mountainous environment. The last phase, located on Eglin Air Force Base, Florida, focuses on skills needed to survive in a rain forest or swamp. 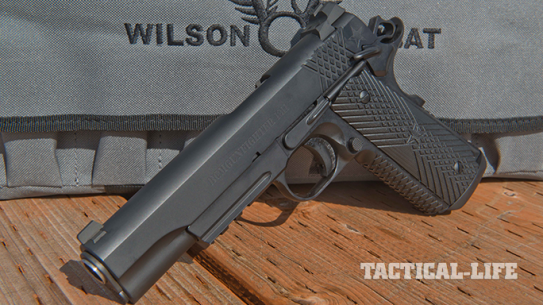