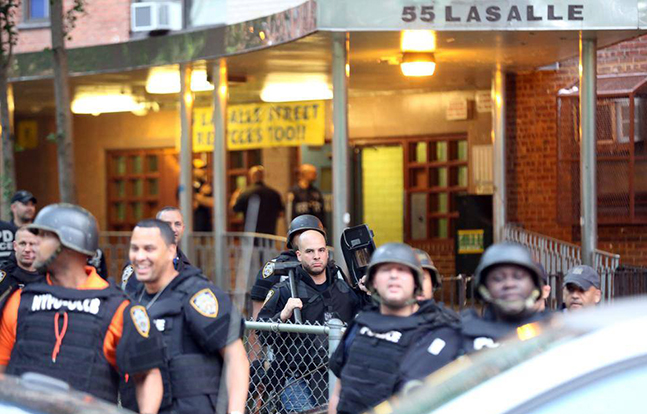 A scene from the NYPD gang raid in West Harlem on June 4 (CREDIT: NYPD).
Comment(s)

Capping an investigation that spanned more than four years, more than 100 gang members from three warring crews responsible for at least two homicides and 19 shootings were indicted, officials said.

The suspects belong to three gangs — 3Staccs, the Make It Happen Boys and Money Avenue — and range from ages 15 to 30, according to the Epoch Times.

Of the 103 people indicted, 40 were arrested Wednesday morning, 39 were already in custody prior to the raid and 24 are still at large.

“With the arrests and indictments of these individuals, the New York City Police Department, along with our partners from the Manhattan District Attorney’s Office, have permeated three major gangs that overwhelmed the streets of West Harlem, predominantly within the Grant and Manhattanville Housing Developments,” Police Commissioner William J. Bratton said in a statement. “The many law-abiding members of the communities afflicted by this violence are now walking on safer streets.” 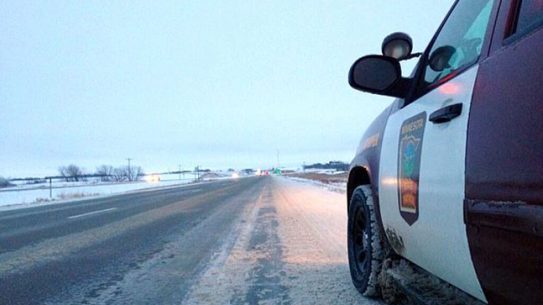 Controlled substance and DUI-related incidents account for 91 percent of criminal forfeitures as Minnesota...