Bringing back memories of crack-fueled violence of the late 1980s and early 1990s, a stunning 46 people were shot in New York City over the Labor Day weekend. However, unlike those crack days when most shootings were fatal, just one person was killed in this weekend’s rash of shootings.

Mayor Michael Bloomberg was beside himself. The outspoken gun critic and founder of Mayors Against Illegal Guns called the dozen or so separate incidents “unconscionable.”

“We cannot tolerate it,” Bloomberg said on Sunday. “We cannot continue to have these guns in the hands of kids who don’t understand the value of life.”

He called on politicians in Washington to put their partisan beliefs aside and do something.

“We need the federal government to step up,” he said. “Both ends of Pennsylvania Ave., both sides of the aisle. There are just too many guns on the streets and we have to do something about it.”

At least 46 people were shot in New York City over the Labor Day weekend, prompting the Citizens Committee for the Right to Keep and Bear Arms to ask Mayor Michael Bloomberg how this could happen in a city with some of the toughest gun laws in the nation; laws that he would spread across the county.

“Mayor Bloomberg has advocated New York-style gun control for everyone, everywhere,” said CCRKBA Chairman Alan Gottlieb. “This included a 24-hour period from Saturday morning to Sunday morning during which 24 people were shot. That’s a pitiful demonstration of the abject failure of Bloomberg’s anti-gun policies.

“We will probably see Mayor Bloomberg adopt the ‘Obama protocol,’ blaming someone else, or the gun laws in other states, when the sad truth is that New York gun control laws have failed consistently,” he continued. “After this weekend, Bloomberg is going to have a hard time pandering his gun control agenda.”

According to the New York Post, the Labor Day weekend saw an “epidemic of shootings” including one that occurred not far from where he was marching in the West Indian Day Parade in Brooklyn.

“Michael Bloomberg’s blood-spattered anti-gun agenda is not simply wrong for New York,” Gottlieb observed, “it is wrong for the country. No better evidence of that can be found in the Big Apple’s Labor Day weekend shooting statistics. Maybe it’s time for members of Bloomberg’s ‘Mayors Against Illegal Guns’ to wonder just where his philosophy might take their cities, if they continue listening to his siren’s song of restrictive gun control.

“New York’s mayor is the Pied Piper of Prohibition,” Gottlieb stated. “Nearly four dozen shootings over a three-day weekend is proof positive that Bloomberg’s tune is seriously off-key. It is time for Mayor Bloomberg and other gun control extremists to admit that their strategies have failed. He has been running around the country blaming gun laws in other states for his city’s crime problems, but it is the laws of his own jurisdiction that have failed miserably, and he knows it.” 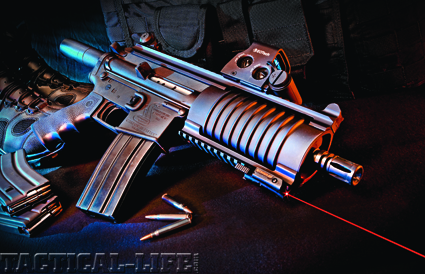 Bringing back memories of crack-fueled violence of the late 1980s and early 1990s, a…