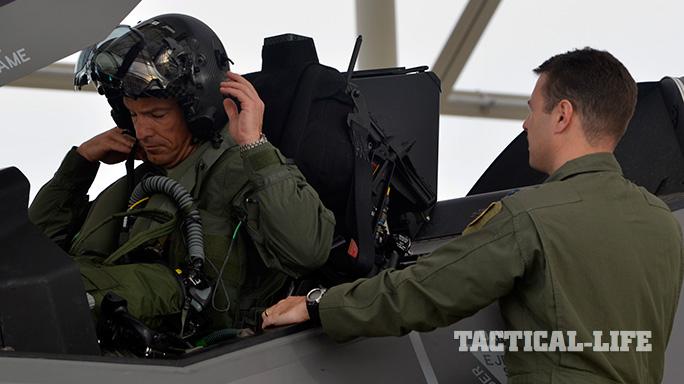 The following is a release from 56th Fighter Wing Public Affairs:

Luke has a long and storied history of training fighter pilots. Advanced flight training in the AT-6 began at Luke in 1941 and by 1944 pilots at Luke had achieved one million hours of flying time. That legacy will continue with the F-35, an unprecedented fifth generation fighter combining stealth technology with fighter speed and agility, fully integrated sensors and network enabled operations, and state-of-the-art avionics.

On Jan. 23, Pleus flew his last sortie in an F-16 Fighting Falcon. It represented a personal milestone for Pleus and also a step forward for the Airmen at Luke in realizing its new mission – training the world’s greatest F-35 and F-16 fighter pilots.

The first official class of student pilots is scheduled to begin May 4, at the Academic Training Center, a 145,000-square-foot, two-story state-of-the-art training facility. Pleus will complete his training and join the cadre of instructor pilots training that first class of students.

“Just over a year ago, the squadron moved into a new building, stood up new facilities and developed processes required for operating a fighter squadron and integrating into the 56th Fighter Wing,” said Lt. Col. Michael Ebner, the commander of the 61st Fighter Squadron. “Our 23 instructor pilots are honing instructional skills while exercising all the aircraft capabilities and our maintenance professionals continue to refine training processes and convert maintainers from all over the Air Force into F-35 experts.”

“This is another step forward for Luke (AFB), the 56th Fighter Wing, and our Air Force,” Pleus said. “The F-35 is going to be the backbone of the Air Force’s fighter fleet for decades to come and Luke will play a vital role in producing the world’s greatest, most lethal F-35 pilots. It’s important that I complete my flying training here with our Airmen, in our airspace, so I could help refine and validate our program meeting the needs of our Air Force. With (initial operating capability) scheduled to occur late next year, it’s important that we get our training program and process dialed in and as efficient and refined as our F-16 training program is so we can help meet the Air Force’s scheduled goal.”

Pleus also reflected on the years of work that have gone into the F-35 program and putting Luke AFB in a position to begin training in May.

“We’re about to fly our one thousandth F-35 sortie at Luke and my flight today was just one of those, “Pleus said. “Getting to this point hasn’t just been accomplished over the past few months. It’s really been done over the last few years. Lots of amazing Airmen who have already departed from Luke are the reason we are where we are with the F-35 program.

What they did back then to set the base up is the reason why we will be so successful training the world’s greatest F-35 pilots. I’ve got to say that I’m absolutely honored to fly the F-35. But the fact that I got to have my first flight again in the 61st Fighter Squadron really brings this full circle for me.”

There are 20 F-35s assigned at Luke AFB, two of which belong to the Royal Australian air force, an F-35 pilot training partner nation. 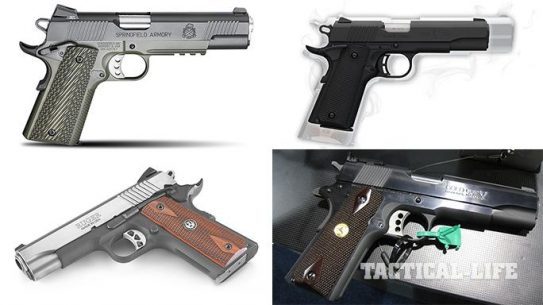 Whether you’re looking for a 1911 for competition or personal defense, these refined versions...