Sixty-seven defendants have been charged with federal and state crimes as the Bureau of Alcohol, Tobacco, Firearms and Explosives wraps up an 11-month operation aimed at taking guns out of the hands of convicted felons, U.S. Attorney Barry Grissom announced today. Leaders of ATF, the Wichita Police Department, the Sedgwick County Sheriff’s Office, the Sedgwick County District Attorney’s Office and the Wichita Area Gun Task Force joined Grissom for a news conference to announce the indictments.

This operation was planned for one purpose – to make Wichita safer, Grissom said. I believe that every weapon taken out of the hands of a convicted felon represents lives saved and violent crimes prevented.Dozens of law enforcement officers and agents executed arrest warrants this week. Prior to the execution of arrest warrants, the operation recovered 200 firearms, including guns that had been reported stolen and sawed off shotguns, as well as cocaine, crack cocaine, Ecstasy, marijuana, methamphetamine, PCP and prescription drugs.

We focused resources on offenders who use and provide guns for the commission of violent crimes,Grissom said.

Today’s success would not have been achieved without the commitment of our state and local partners, said Special Agent in Charge Michael P. Gleysteen. Together, we will continue to pursue our single goal of reducing violent crime.

A significant number of the federal and state defendants were arrested yesterday and today. The defendants not currently in custody are considered fugitives and are being sought by members of the task force.

This is another great example of local law enforcement teaming with our federal partners to improve public safety in our local neighborhoods, said Deputy Chief Tom Stolz of the Wichita Police Department. This effort will detrimentally affect one of our most active local street gangs and will directly help to reduce violence on the street. This city is lucky because the Wichita Police Department continues to enjoy a great working relationship with the United States Attorney’s Office, ATF and other federal law enforcement branches here.

Once again, the team approach and cooperation between the agencies have ensured that law enforcement in Sedgwick County is doing everything in their power to seek out and capture criminals, said Sedgwick County Sheriff Robert Hinshaw. The hard work displayed by all of the deputies, officers, and agents is a testament to their commitment to keeping our community safe.

A list of defendants named in federal indictments that have been unsealed so far will be made available after 3 p.m. Thursday.

Upon conviction , the alleged crimes carry the following penalties:

-Unlawful possession of a firearm after a felony conviction: A maximum penalty of 10 years in federal prison without parole and a fine up to $250,000.

– Unlawful possession of a firearm by a user of controlled substances: A maximum penalty of 10 years and a fine up to $250,000.

– Unlawful possession of a firearm with an obliterated serial number: A maximum penalty of 10 years and a fine up to $250,000.

– Unlawful possession of a firearm by a person who is under federal indictment: A maximum penalty of five years and a fine up to $250,000.

– Unlawful possession of a firearm by a fugitive from justice: A maximum penalty of 10 years and a fine up to $250,000.

– Distributing methamphetamine: Not less than five years and not more than 40 years and a fine up to $2 million.

– Distributing marijuana: A maximum penalty of five years and a fine up to $250,000.

– Distributing crack cocaine: A maximum penalty of twenty years and a fine up to $1 million.

In all cases, defendants are presumed innocent until and unless proven guilty. The indictments merely contain allegations of criminal conduct. 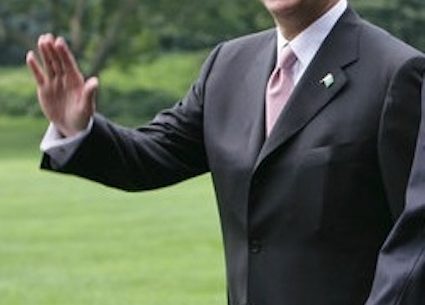