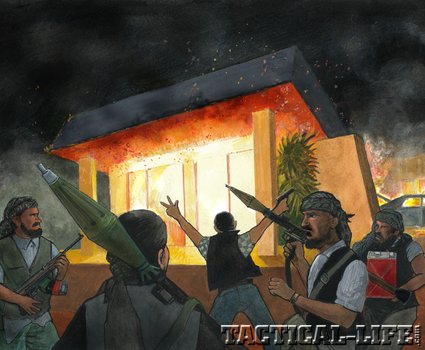 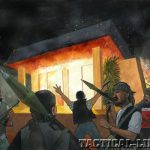 It has been more than six months since the attack on the U.S. consulate in Benghazi that cost four Americans — including U.S. Ambassador Chris Stevens — their lives. Yet, the picture is not much clearer than it was in the weeks after the tragedy. It seems the government and the media have largely moved on.

But now, a staggering 700 retired Military Special Operations professionals have submitted a letter to Congress urging all members of the U.S. House of Representatives to support H.Res. 36, which would create a House Select Committee to investigate the deadly September 11 attack.

“It appears that many of the facts and details surrounding the terrorist attack which resulted in four American deaths and an undetermined number of American casualties have not yet been ascertained by previous hearings and inquiries,” the letter states. “Additional information is now slowly surfacing in the media, which makes a comprehensive bipartisan inquiry an imperative.”

-Why was there no military response to the events in Benghazi?

-Were assets deployed to any location in preparation for a rescue or recovery attempt?

-What, if any, non-military assistance was provided during the attack?

-How many US personnel were injured in Benghazi?

-Why have the survivors of the attack not been questioned?

-Who was in the White House Situation Room (WHSR) during the entire 8-hour period of the attacks, and was a senior US military officer present?

-Who gave the order to “STAND DOWN” that was heard repeatedly during the attacks?

-Why did the Commander-in Chief and Secretary of State never once check in during the night to find out the status of the crisis situation in Benghazi?

-What was the nature of Ambassador Stevens’ business in Benghazi at the time of the attack?

Source: Erica Ritz for The Blaze

It has been more than six months since the attack on the U.S. consulate…