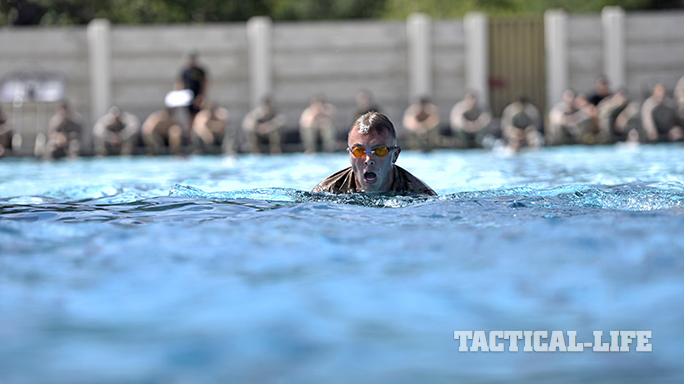 A reconnaissance Marine swims 500 meters during a qualification to compete in the Recon Challenge at Marine Corps Base Camp Pendleton, California, May 14, 2015. The Recon Challenge is an annual competition of grueling tests, hosted by the Reconnaissance Training Company, Advanced Infantry Training Battalion, School of Infantry West, and conducted by volunteers from the recon community in honor of reconnaissance Marines and sailors killed in action.
(Photo by Cpl. Eric Keenan)
Comment(s)

The following is a release from Cpl. Eric Keenan and the U.S. Marine Corps:

MARINE CORPS BASE CAMP PENDLETON, Calif. — Waves from an eight-foot swell slam the strip of rocks lining the beach. The darkness of the early morning Pacific Ocean is abruptly broken by the glimmer of scattered green glow sticks as reconnaissance Marines equipped with rifles, 45-pound packs and wet-suits begin to vigorously fight the surf as they make their way back ashore on San Onofre Beach.Without hesitation, the Marines hit the beach, find their teammate and start running in two-man teams to their next objective.

Recon Marines from across the Marine Corps competed in the seventh annual Recon Challenge on Marine Corps Base Camp Pendleton, Calif., May 15, 2015.

The Recon Challenge is an annual competition hosted by the Reconnaissance Training Company, Advanced Infantry Training Battalion, School of Infantry West. The grueling tests are conducted by volunteers from the recon community in honor of reconnaissance Marines and sailors killed in action.

The competitors began with an early morning 1000-meter swim with fins in the Pacific Ocean, followed by an observation and memorization game, a navigation and map work test, radio and communication test, obstacle course event, weapon assembly and disassembly test, two pool challenges, fireman’s carry event, live-fire range and a knot-tying test scattered along the route to the finish line.

“It comes down to knowing your strengths and weaknesses, knowing how to exploit them when you need to and just keep pushing forward,” said Master Gunnery Sgt. Christopher May, a reconnaissance Marine with Plans, Policies and Operations, Headquarters Marine Corps, and competitor in the challenge,.

The teams ran to each obstacle carrying a 45-pound pack and a rifle for a total of 25.9 miles. Each team dedicated their run in honor of a Marine or sailor killed in action with the name of the service member written on a safety vest wrapped around their packs.

“These guys are such a close-knit community; they’re a brotherhood unlike I’ve ever seen in my life.,” said Diane Homm, a Gold Star Mother [BT1] attending the event for her son who passed away during a parachuting accident. “They really have each other’s back, and they would give their lives for each other. So if one (member) of their community is taken from this life, they’re never going to forget them.”

May has been running for Homm’s son, Staff Sgt. Caleb Medley, since he passed away in 2013.

“It brought me closer to his family, so I’ll run for him until I retire,” said May.

The first place team of the Recon Challenge was Master Sgt. David Jarvis and Capt. Patrick Zuber, from 1st Reconnaissance Battalion, with a final time of eight hours and 35 minutes.

The third place team was Capt. William Wellborn and Sgt. James Coe, from 2nd Reconnaissance Battalion, with a final time of nine hours and 54 minutes.

By completing the grueling challenge, the participants honored their fallen brothers through courageous acts and overcoming taxing feats and displayed their commitment to their community and the Marine Corps.

The Recon Challenge is about keeping the brotherhood of the recon Marines alive, according to May. The Marines ensure the names of their fallen comrades will never be forgotten by carrying them on their backs as they compete.

“That means the world to me, because you don’t want anyone to forget your child, because you’re certainly not ever going to forget him,” said Homm. 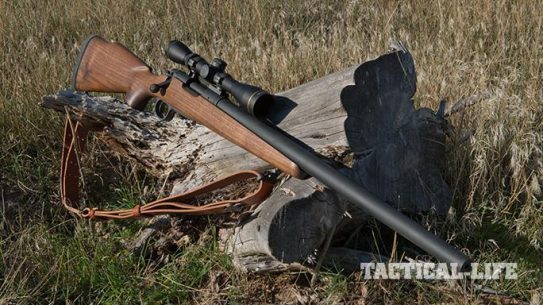