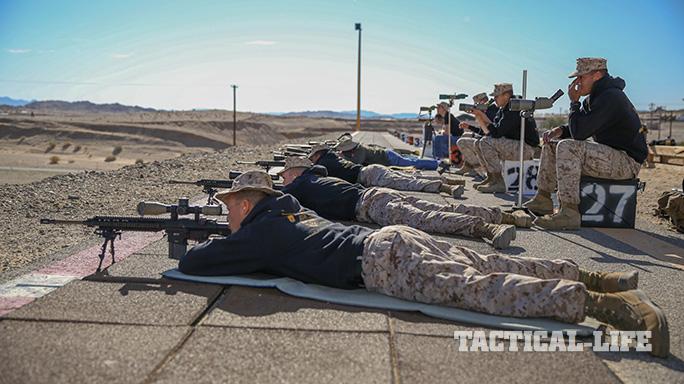 The following is a release from Lance Cpl. Thomas Mudd and the U.S. Marine Corps:

As a shooter positions himself at the 300 yard firing line, he looks through his scope and centers the cross-hairs on the target. He steadies his breathing, and slowly pulls the trigger, commencing the 7th Regiment Midrange Shooting Competition.

“In this competition, [the shooters] fire at the 300, 500, and 600 yard lines,” said Lance Cpl. Nick Cooper, shooter, MCAGCC Gold. “We run the course of fire once on the first day, competing as individuals. On the second day, we run as individuals and then again as teams.”

The two-day competition allowed the shooters to test themselves both individually and as a team. A team consists of four shooters, who coach one another throughout the course of fire. Participants do not need to be part of an official team. Participants are grouped based on the attachments they have on their weapons.

“Someone using a sling and no scope falls under the high-powered rifle classification,” said Lance Cpl. Egber Piza, shooter, MCAGCC Gold. “F Class is a rifle with a high powered scope and bi-pod.”

Civilians and service members had the opportunity to test themselves against each other during the competition. On the second day of the event, MCAGCC Gold competed against one team of civilians.

“Competing with the civilians is fun,” Cooper said. “They have [weapons] that we don’t get to see very often. Plus, some of them have been shooting for a long time and have a wealth of knowledge they are willing to share.”

Out of 20 shooters, the winner of the individual competition was Sgt. Tyler Stroven, 3rd Light Armored Reconnaissance Battalion. The winner of the team match was MCGACC Gold.

The shooting team is scheduled to hold several more competitions, starting with an archery competition March 28. The event is open to everyone. For more information contact Cpl. Kevin Evans at 830-6700. 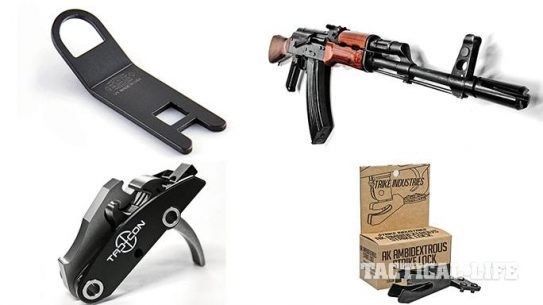 12 Products That Will Enhance Your AK Rifle

Check out our roundup of ammo, triggers, charging handles and more that will have...