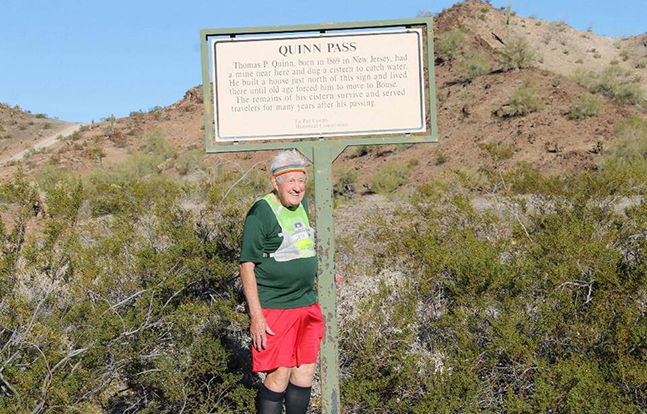 After fighting for the United States during World War II, 90-year-old Ernie Andrus has decided to run across the same country he defended.

Andrus, who turned 90 in August, isn’t completing the trip overnight. After starting in San Diego on Oct. 7, 2014, Andrus plans on finishing his long run in approximately two to four years when he said he will reach the Atlantic Ocean in Brunswick, Ga.

So why has Andrus chosen to run across the United States?

This feat is being undertaken to raise money for the LST 325 Ship Memorial, Inc. I was one of the crew that brought the LST 325 back from the Isle of Crete, Greece, to the U.S. in 2000-01 as aired on the History Channel as “The Return of LST 325.” One thousand fifty one LST’s were built during World War II. The 325 is the only one left that has been restored and is still operational. I plan on running 3 days a week averaging between 1/2 marathon and a marathon a week. I will start on Monday, Oct. 7, and run again on Thursday and Saturday. I welcome any runners who would like to join me on any leg of my journey. Any runners wishing to make a tax deductible donation, please make checks payable to the USS LST Ship Memorial. Anyone wishing to sponsor me please make checks payable to “Coast to Coast Runs”. Checks can be dropped off on the day of the run or mailed to 304 Brooklawn Dr., Banning, CA 92220.

KPHO in Arizona reported that Andrus leaves his motor home early in the morning, running only on a “cup of coffee.” He then marks off his progress on the road and hitchhikes back to his RV.

“I know I can stick out my thumb and the first person to come by will give me a ride. They won’t pass up this old man out there, you know,” Andrus told KPHO. 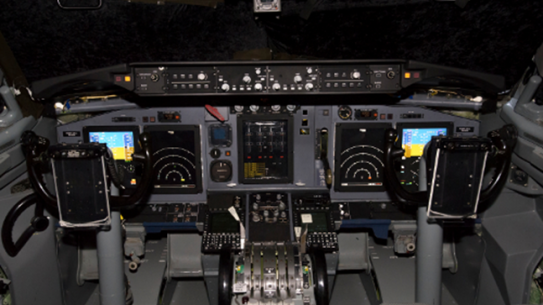 New contract will see Boeing install digital flight decks and avionics on 13 of...