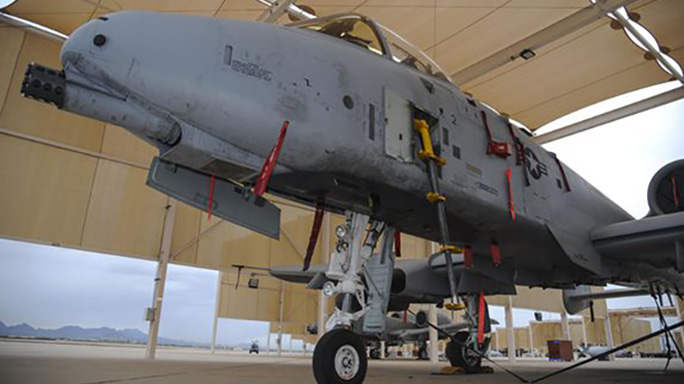 Photo by U.S. Air Force/Airman 1st Class Mya M. Crosby
An A-10C Thunderbolt II, upgraded with a new lightweight airborne recovery system V-12, rests on the flight line at Davis-Monthan Air Force Base, Ariz., Dec. 21, 2016. The LARS V-12 is designed to allow A-10 pilots a more effective means of communication with individuals on the ground such as downed pilots, pararescuemen and joint terminal attack controllers.
Comment(s)

The U.S. Air Force has given select A-10 Thunderbolt IIs an upgrade designed to boost search and rescue operations, the service announced.

The new lightweight airborne recovery system, dubbed the LARS V-12, enables A-10 pilots to communicate more effectively with people on the ground. Think downed pilots, pararescuemen and joint terminal attack controllers. The system gives pilots the GPS coordinates of ground personnel and allows them to talk  via voice or text, the press release says.

Over the past three months, technicians from the 309th Aircraft Maintenance and Regeneration Group (AMARG) have installed the LARS V-12 system on 19 A-10C Thunderbolt IIs assigned to Davis-Monthan Air Force Base and Moody Air Force Base in Arizona and Georgia, respectively.

“This urgent operational need arose in August (2016),” Timothy Gray, acting director 309th AMARG, said in a statement. “Air Combat Command and the A-10 Program Office asked me if AMARG could complete 16 aircraft by (Dec. 16). I said, ‘Absolutely!’ It was awesome to see Team AMARG take on this massive logistical challenge, build a production machine, find facilities, manpower, equipment, tools, and make material kits (to) execute the requirement.”

“A-10 pilots take the Combat Search and Rescue role very seriously,” added Lt. Col. Ryan Hayde, the 354th Fighter Squadron commander and A-10 pilot. “While this is just one tool, it can assist us in bringing them back to U.S. soil safely.”

As Stars and Stripes notes, the A-10 — manufactured by Fairchild Republic and introduced into service four decades ago — was originally going to be scrapped and replaced by the F-35, but it’s proven a useful tool in the fight against the Islamic State in Syria and Iraq. So useful, in fact, that back in February Defense Secretary Ash Carter said the Air Force likely wouldn’t retire the aircraft, also known as the “warthog,” until 2022.

The A-10 features a GAU-8 Avenger 30mm cannon and is great at flying low, providing close air support and attacking ground targets, Stars and Stripes says. 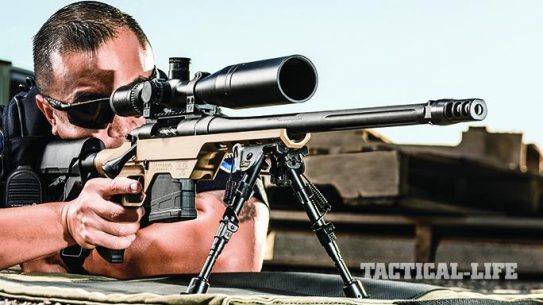