With willing one-world accomplices in Washington, D.C., gun-grabbers around the globe believe they have it made.

In fact, Secretary of State Hillary Clinton just announced the Obama Administration would be working hand in glove with the UN to pass a new “Small Arms Treaty.”

This is Congressman Paul Broun from Georgia.

I’m writing you to make sure American citizens are prepared to oppose this assault on our national sovereignty and right to keep and bear arms.

Disguised as legislation to help in the fight against “terrorism,” “insurgency” and “international crime syndicates,” the UN’s Small Arms Treaty is nothing more than a massive, GLOBAL gun control scheme.

Ultimately, the UN’s Small Arms Treaty is designed to register, ban and CONFISCATE firearms owned by private citizens like YOU.

The National Association for Gun Rights has a Firearms Sovereignty Survey ready for you to complete, but I want you to understand just how dangerous this global gun ban is. Please bear with me for a moment.

So far, the gun-grabbers have successfully kept the exact wording of their new scheme under wraps.

But looking at previous versions of the UN “Small Arms Treaty,” you and I can get a good idea of what’s likely in the works.

If passed by the UN and ratified by the U.S. Senate, the UN “Small Arms Treaty” would almost certainly FORCE national governments to:

*** CONFISCATE and DESTROY ALL “unauthorized” civilian firearms (all firearms owned by the government are excluded, of course);

*** BAN the trade, sale and private ownership of ALL semi-automatic weapons;

I’m sure I don’t have to tell you that this is NOT a fight we can afford to lose.

Ever since its founding almost 65 years ago, the United Nations has been hell-bent on bringing the United States to its knees.

To the petty dictators and one-worlders who control the UN, the U.S. isn’t a “shining city on a hill” — it’s an affront to their grand totalitarian designs for the globe.

These anti-gun globalists know that so long as Americans remain free to make our own decisions without being bossed around by big government bureaucrats, they’ll NEVER be able to seize the worldwide oppressive power they crave.

And the UN’s apologists also know the most effective way to finally strip you and me of ALL our freedoms would be to DESTROY our gun rights.

That’s why I’ve decided to stand with the National Association for Gun Rights in their opposition to this assault on our Constitution!

The truth is, there’s no time to waste.

You and I have to be prepared for this fight to move FAST.

The fact is, the last thing the gun-grabbers in the U.N. and in Washington, D.C., want is for you and me to have time to react and mobilize gun owners to defeat this radical legislation.

They’ve made that mistake before, and we’ve made them pay, defeating EVERY attempt to ram the “Treaty on Small Arms” into law since the mid-1990s.

But this time, time won’t be on our side.

In fact, we’re likely to only have a few days or weeks to defeat the treaty.

Worse, there’s no longer a pro-gun Senate to kill ratification of the treaty.

There’s no longer a President in the White House who has stated opposition to the treaty.

And you and I know good and well how Germany, Great Britain, France, Communist China or the rest of the anti-gun members of the United Nations are going to vote.

So our ONE AND ONLY CHANCE of stopping the UN’s “Small Arms Treaty” is during the ratification process in the U.S. Senate.

As you know, it takes 67 Senate votes to ratify a treaty.

So rounding up 34 votes to kill this thing should be easy, right?

Unfortunately, that couldn’t be further from the truth.

First, you know just as well as I do how few Senators are truly “pro-gun.”

Second, even with the partisan rancor in Washington, D.C., many Senators get “queasy” about killing treaties for fear of “embarrassing” the President — especially with “international prestige” at stake.

They look at ratifying treaties much like approving Presidents’ Supreme Court nominees.

And remember how many Senators turned their back on us and voted to confirm anti-gun Supreme Court Justice Sonia Sotomayor?

A dozen more only voted against Sotomayor after receiving massive grassroots pressure from the folks back home.

So if we’re going to defeat the UN’s “Small Arms Treaty” we have to turn the heat up on the U.S. Senate now before it’s too late!

Do you believe the U.S. Constitution, the Bill of Rights, and the Second Amendment are the supreme law of the land?

Do you believe any attempt by the United Nations to subvert or supersede your Constitutional rights must be opposed?

If you said “Yes” to these questions, please sign the survey the National Association for Gun Rights has prepared for you.

Your survey will put you squarely on the record AGAINST the UN’s Small Arms Treaty.

With your generous contribution, the National Association for Gun Rights will immediately begin contacting Second Amendment supporters to turn up the heat on targeted U.S. Senators.

Of course, if NAGR can raise enough resources, their goal is to expand this full program to ALL their target states.

But that’s not going to be cheap, and we may not have much time.

In fact, if we’re going to defeat the UN’s so-called “Small Arms Treaty,” we have to start NOW!

So please put yourself on record AGAINST the UN’s “Small Arms Treaty” by signing NAGR’s Firearms Sovereignty Survey.

Every dollar counts in this fight.

Thank you in advance for contributing you time and money towards defending our Second Amendment rights. 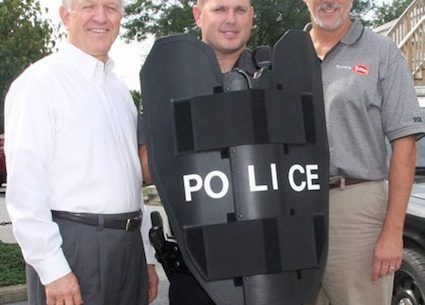