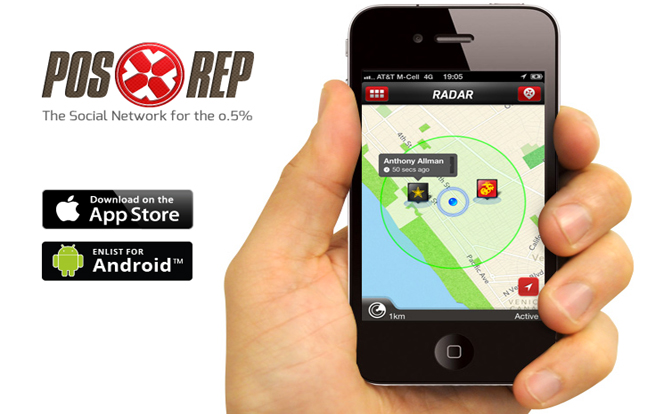 U.S. Marine Corps Sergeant Clay Hunt earned a Purple Heart when he was wounded while serving in Iraq before he was deployed to Afghanistan. When Hunt returned to civilian life, he battled with depression and post-traumatic stress disorder for about four years until he took his own life in 2011. He was 28 years old.

Hunt’s friend and fellow Marine Jake Wood learned after his friend’s death that there had been three other Marines living near Hunt in Texas when he took his own life. Wood wanted to find a way for future veterans in need to be able to find fellow servicemen in their area so that they would not reach a point where they felt alone.

Wood has used Hunt’s story as the inspiration for the new iPhone app Position Report, that aims to prevent veterans from feeling alone and without resources.

Wood teamed up with Anthony Allmann, who is also an Army veteran, along with a group of other military veterans, to create Position Report, or POS REP for short. POS REP operates as a social media network exclusively for veterans that helps them connect to one another and to resources they might need.

POS REP uses GPS technology to show veterans where others in their area are located, although the app doesn’t give the exact location of nearby veterans for privacy reasons. If a user chooses to throw a “flare”—the app’s version of a Facebook check-in, their exact location will be made available to users in the area so that they can choose to meet up in person if they would like.

Allmann said to TakePart.com, the there are no plans to create a desktop version of POS REP at this time. “We don’t want veterans sitting behind their computers. We want veterans out there engaging with members of their community,” said Allman.

POS REP is currently available in all states but it is most effective in Los Angeles where the founders have partnered with the local Volunteers of America to expand their “Battle Buddies” program.

According to Allman, the next step for POS REP is to focus on building up the app in other cities by partnering with other local agencies. 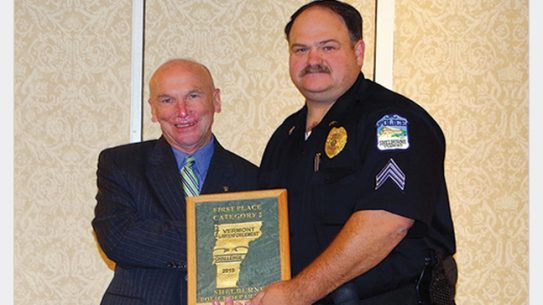 The Town of Shelburne’s Police Department was selected as the winner of the 2014...