In what might appear to be a shotgun wedding of opposites, the ACLU has filed a lawsuit on behalf of a non-U.S. citizen alleging that South Dakota’s concealed weapons law violates his constitutional right to bear arms.

But gun rights advocates surprisingly are not all cheering the case, and at least one group questions whether the ACLU is just trying to open the door to secure gun rights for illegal immigrants.

The ACLU of South Dakota filed the lawsuit this week on behalf of U.K. citizen Wayne Smith alleging the state’s concealed weapons law is unconstitutional. Smith — who legally immigrated 30 years ago — was able to get a concealed license for years, but in 2002 South Dakota amended the law, making U.S. citizenship a requirement to carry a concealed weapon. When Smith went to renew his long-held permit last July, he was denied because he is permanent legal resident, not a citizen.

The ACLU says that’s a blatant violation of the 14th Amendment which it says prevents states from being able to make such “arbitrary designations.”

But supporters of the law say the state has every right to keep guns away from non-citizens. South Dakota Secretary of State Jason Gant says the legislature added the citizenship requirement with the intent of protecting the people of South Dakota. 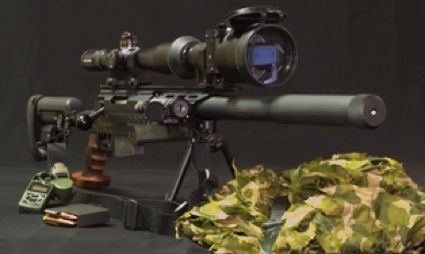 In what might appear to be a shotgun wedding of opposites, the ACLU has…