At least two Afghan soldiers and several Taliban fighters were killed in the hour-long firefight, said the CBC’s Paul Hunter, who witnessed the battle in the Arghandab region, about 15 kilometres northwest of Kandahar.

“We watched the soldiers march towards these orchards. Shooting broke out. The Taliban fired at them, they fired back. You had a helicopter overhead, firing toward the ground,” Hunter said.

He said Canadians are playing a secondary role in the battle, acting as mentors to soldiers in the Afghan National Army, which is in a building process. Two Afghan battalions participated in the Arghandab attack, but one of them was forced to retreat after coming under heavy fire.

“This whole process is about teaching the Afghans how to set up an army. About half the Afghans turned and fled, so there’s clearly some work to be done,” Hunter said. “It wasn’t a complete success today, but I suspect they’ll be back at it again. It was quite an operation by the Afghans and supported by the Canadians.”

Militants have moved into the Arghandab region since then, although estimates of their numbers have varied widely, from 150 to 650. Afghanistan’s Ministry of Defence says 300 to 400 militants are in the area.

The Canadian military said in a press release that it has not seen any “obvious signs” of major insurgent activity in the area, but that doesn’t mean the Taliban isn’t in the region.

Local police and residents said the Taliban destroyed bridges and planted mines in Arghandab on Tuesday, in what appeared to be preparations for a battle with Canadian and Afghan troops. Officials said the Taliban had seized several villages, but those reports have not been confirmed.

Residents fled the region in fear on Monday night and Tuesday, crossing into Kandahar with as many belongings as they could carry. Some officials said up to 1,500 families had left, although those numbers couldn’t be confirmed. Hunter said while reports of villagers fleeing were rampant, he also saw villagers gathering at markets and going about their daily lives in Arghandab on Wednesday.

“It’s very difficult to determine what the truth is,” Hunter said, noting that the Taliban tends to inflate all numbers while NATO officials have consistently offered lower tallies.

Arghandab a strategic region
Haji Agha Lalai, a council member for the province of Kandahar, said the militant group’s move into Arghandab is a strategic one. The lush region, filled with pomegranate and grape fields, offers good cover for fighters.

“From a strategic military point of view, Arghandab is a very good place for the Taliban,” Lalai said.

“Arghandab is close to Kandahar city, allowing the Taliban to launch ambushes and attacks more easily than any other place in the province. Secondly, it’s covered with trees and gardens — they can easily hide from air strikes.”

NATO is overseeing the foreign mission in Afghanistan, which Canada joined in February 2002 following the U.S.-British invasion in October 2001. Roughly 2,500 Canadian soldiers are currently serving in the war-torn country, mostly in the province of Kandahar. 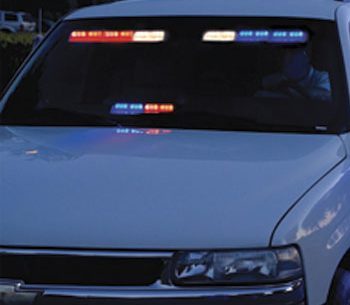