The Army staff sergeant accused of killing 16 Afghan villagers during nighttime raids last year is due to be arraigned Thursday at Joint Base Lewis-McChord in Washington state, and his lawyer said the judge has asked prosecution and defense teams to be ready to discuss key issues in the case.

Staff Sgt. Robert Bales could face the death penalty if convicted in the massacre early on March 11. He faces premeditated murder and other charges in the attack on two villages in southern Afghanistan.

Prosecutors say Bales left his remote base, attacked one village and then returned to the base before slipping away again to attack another nearby compound. Of the 16 people killed, nine were children.

Bales, an Ohio native who later moved to Washington state, is being detained at Lewis-McChord. His civilian lawyer, John Henry Browne, said Tuesday that Bales will plead not guilty at the arraignment. 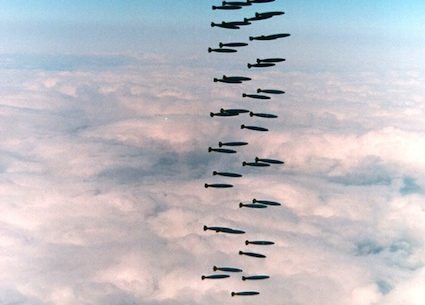 Air Force Wants A Bomber That Balances Cost With Capability