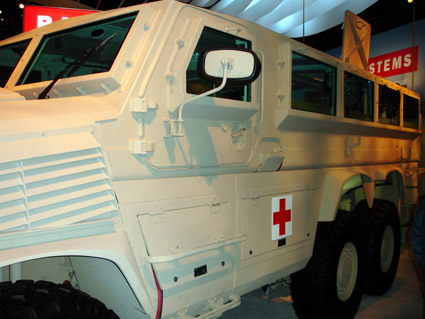 BAGRAM AIR BASE, Afghanistan, Feb. 12, 2008 – Doctors and medics here received a new tool to aid in the treatment of wounded servicemembers on the battlefield.

The tool is a little too big to carry in a medic’s aid bag, and it comes equipped with armor and a crew-served weapon.

The newest configuration of the mine-resistant, ambush-protected vehicle — the MRAP ambulance — was shown to the Combined Joint Task Force 82 staff yesterday.

Hadden said the vehicles are equipped with life-saving equipment not usually found in ambulances on the battlefield such as oxygen, suction capabilities and vital-signs monitors.

Just as important as the new medical equipment on board is the armor the vehicle is wrapped in. Able to withstand large-calibre projectiles as well as being mine-resistant, the MRAP ambulance provides a safe haven for medical personnel to transport and treat as many as six patients.

The mine-resistant vehicle also adds an advantage, Melvin said. Because of the threat from improvised explosive devices, the ambulances the task force currently uses can’t be driven to the battlefield, he said. The MRAP’s V-shaped hull and armor allow it to be used in ground evacuations when air assets are not available.

The task force will field the new vehicles after medics and operators are trained in its use. 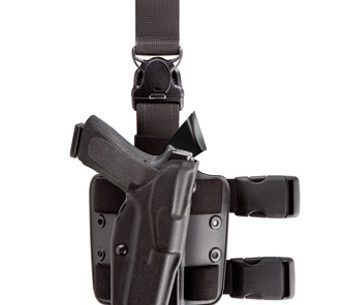