AWOL soldier Jeff Hanks said he walked away from the Army in the middle of a deployment to Afghanistan because his problems with anxiety and stress from combat have been ignored. On Veterans Day, he returned to face the consequences.

The 30-year-old Army infantryman said he has suffered post-traumatic stress disorder since his 2008 tour in Iraq. He tried to seek treatment at Fort Campbell, Ky., last month during his mid-tour leave from Afghanistan. He said when his commanders failed to help and told him he would have to immediately go back, he instead went home to North Carolina.

The specialist could face less-than-honorable discharge or jail after turning himself in Thursday at Fort Campbell.
“All I wanted was to be treated. Going AWOL is not what I wanted to do,” Hanks told reporters outside the gates of the
Army post. He choked up as he talked about how his actions might affect his daughters, ages 5 and 3. He said the older daughter pulled him aside one day and said: “You’re not as nice as you used to be.”

As for turning himself in, Hanks said, “I am nervous but I’m ready to accept anything.”

Hanks said in an interview before he left his home in White Lake, N.C., that he chose to return on Veterans Day because he didn’t want to exceed 30 days of being AWOL and face the more serious charge of desertion. His actions and the timing were supported by Iraq Veterans Against the War, and some members of the group were with him as he surrendered.

Reporters weren’t allowed on the post as Hanks turned himself in.

Hanks’ unit command has discretion over what happens now, but Hanks could face a court-martial and jail time if convicted, Fort Campbell spokesman Rick Rzepka said.

“AWOL and desertion is a self-centered act,” Rzepka said. “It doesn’t only affect the soldier, but in a time of war puts other soldiers at risk.”

Hanks said he understands that his actions could be considered disrespectful to other veterans, but said the military would continue to see high rates of suicide and substance abuse if it ignores soldiers’ mental health problems.

“It’s funny that those people would say, ‘Why do you have to bring this up on Veterans Day?'” Hanks said. “So when is a good time to bring it up?”

Hanks is a member of the 101st Airborne Division, which has been deployed numerous times to Iraq and Afghanistan. He said his PTSD dates to his 2008 deployment to Iraq. On his second day there, his vehicle was struck by an improvised explosive device. He was rocked, but survived with no apparent injuries. 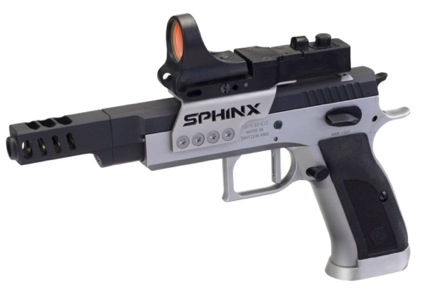