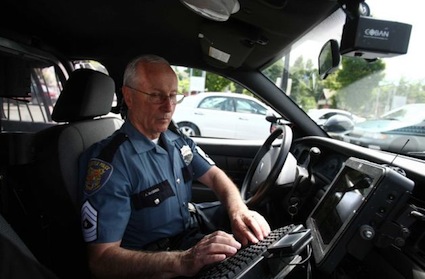 I don’t like being tied to a desk,” he said, patrolling near Rainier Avenue South and South Henderson Street – the city’s most dangerous intersection for gang activity.

McGinnis was offered detective jobs a few times, but turned each offer down because of that whole desk thing. Though guys 30 years his junior have become lieutenants, McGinnis never had a desire to take the test. Because he liked patrol so much he put off the required test to become a sergeant for three decades.

As the city celebrates the Seattle World’s Fair a half century ago, McGinnis, who turns 75 next week, remembers being on patrol there with a starting salary of $430 a month.

Department officials can’t recall anyone who has worked longer than McGinnis, who plans to retire next month with a career of 50 years and a day. And McGinnis says he “can’t think of a finer bunch of people to spend time with.”

Read the rest of Casey McNerthey’s article at SeattlePI. 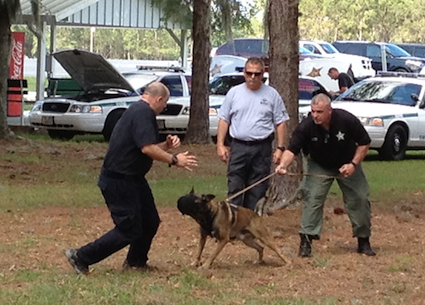 Photo: JOSHUA TRUJILLO / SEATTLEPI.COM I don't like being tied to a desk," he…