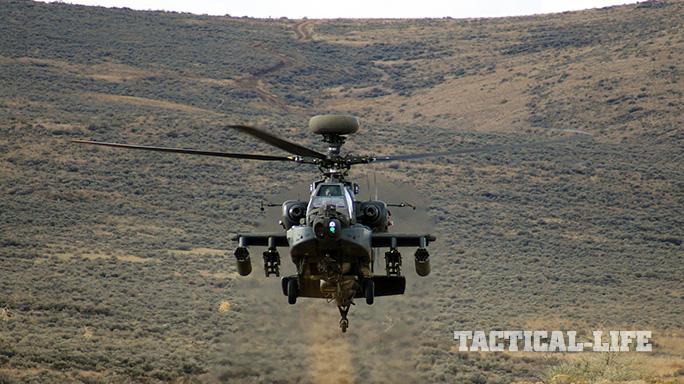 Soldiers, from the 1-229th Attack Reconnaissance Battalion on Joint Base Lewis-McChord, Wash., became the first in the Army to field the latest version of the AH-64 Apache attack helicopter, Feb. 21, 2013 (CREDIT: Capt. Jesse Paulsboe).
(Photo by Capt. Jesse Paulsboe)
Comment(s)

In late March, the Army accepted delivery of the 100th AH-64E Apache helicopter.

The “Echo” model is a complete rebuild of the AH-64D model. It includes an improved drive system, composite main rotor blades, a more powerful 701D GE engine, is fully digitized, and has level-4 manned-unmanned teaming, which allows pilots to control unmanned aerial systems – such as the Gray Eagle.

The Echo model, “can fly higher, faster and further than the D model – and the D model is an extremely capable aircraft,” said Col. Jeffrey Hager, the Apache project manager.

Hager spoke, March 31, during a media event at the Army Aviation Association of America conference in Nashville, Tennessee.

“But this aircraft outperforms and outdoes the Delta model to date,” Hager said. “The enemy continually [was] thrown off-base because the Echo showed up to combat operations well before the Delta could have under the same conditions.”

The AH-64E Apache’s recent success came in Afghanistan with the 1-229th Attack Reconnaissance Battalion, or ARB, out of Joint Base Lewis-McChord, Washington. The unit was the first to be fielded with the aircraft.

“They flew nearly 11,000 combat hours – that’s absolutely phenomenal for what we have done with the Echo – since it’s a brand new airframe,” he said. “The enemy had to change up their combat operations in order to combat the effectiveness of the Echo model.”

The AH-64E Apache has maintained 80 percent operational readiness rates, whether in combat or in peacetime operations, Hager said.

The Army plans to have an all-Echo model Apache fleet, for a total of 690 aircraft. 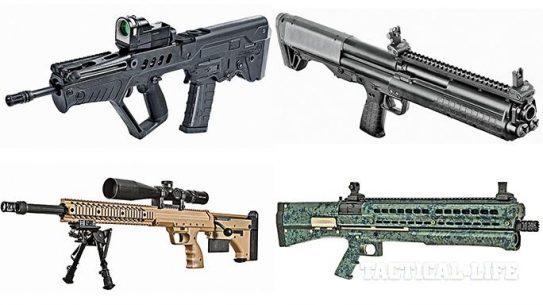 In life-threatening situations, there’s no room for error -- these 13 bullpups designed for...