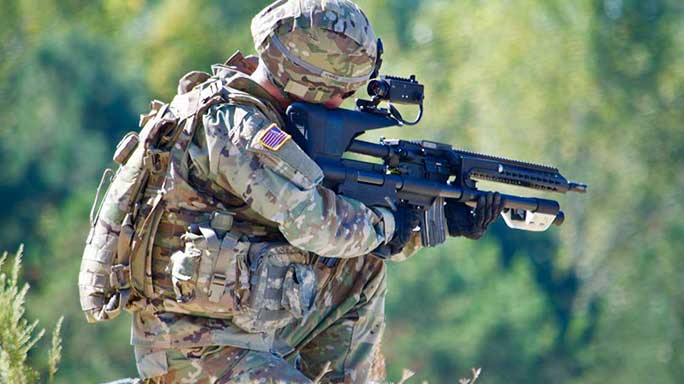 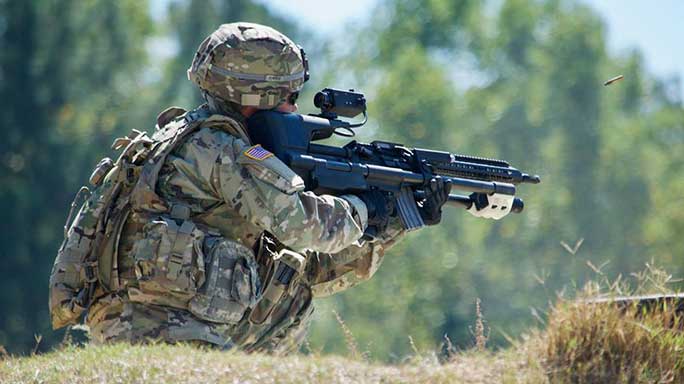 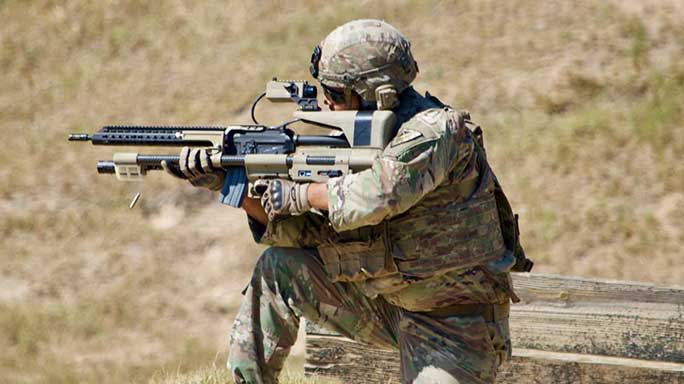 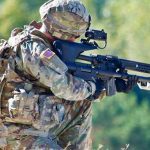 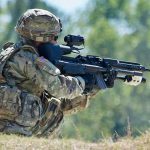 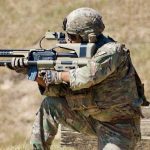 The U.S. Army’s Expeditionary Warrior Experiment (AEWE) has live fire tested the AimLock Stabilized Weapon Platform, which is designed to enhance a soldier’s aim by eliminating the possibility of human error.

According to Popular Mechanics, the AimLock, developed by a civilian company in Littleton, Colorado called Rocky Mountain Scientific Laboratory (RMSL), aids in engagement of moving targets, reduces “shooter wobble” when the user fires from a standing position, and lessens target acquisition time. Below is a breakdown of how the system works, taken from RMSL’s patent filing.

“An electromechanical system translates an “aiming error” signal from a target tracking system into dynamic “pointing corrections” for handheld devices to drastically reduce pointing errors due to man-machine wobble without specific direction by the user. The active stabilization targeting correction system works by separating the “support” features of the handheld device from the “projectile launching” features, and controlling their respective motion by electromechanical mechanisms.”

When using the AimLock system, the operator doesn’t hold the barrel or receiver. Those are held by a separate carriage. Instead, the operator only utilizes the grips, butt, sights and trigger of the rifle. This reduces the user’s physical effect on the weapon itself.

Meanwhile, there’s a camera mounted to the front of the carriage for data collection. Output from the camera is seen in either a heads-up display or via an optic. As Popular Mechanics notes, the system’s ballistic computer software then processes that data and uses it to correct the shooter’s aim, which is done using electromechanical actuators that automatically redirect the rifle’s line of sight. In other words, the shooter aims near a target and the AimLock will automatically correct for any mistakes. The rifle will easily and conveniently snap right to your target.

Popular Mechanics says that while the current prototype is unwieldy due to the carriage, the AimLock Stabilized Weapon Platform will eventually be a standalone integrated weapon.

The U.S. Army is currently developing over fifty different technologies under the umbrella of the AEWE project at Fort Benning. A successful AEWE system is slated to be delivered by next summer. AEWE is part of the Army’s Force 2025 and Beyond program, which seeks to ensure that the Army has the proper technology to “win in a complex world.” 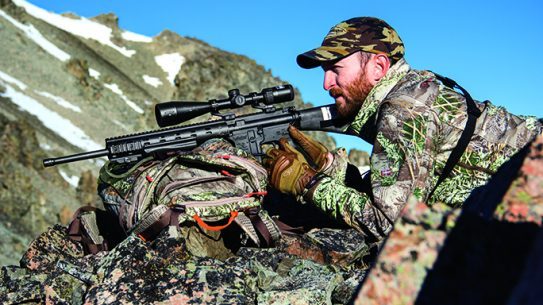 13 Questions with Josh Kinser, the Man Who Survived 8 Bomb Blasts

If retired Army Staff Sergeant Josh Kinser was a cat, he'd be out of...