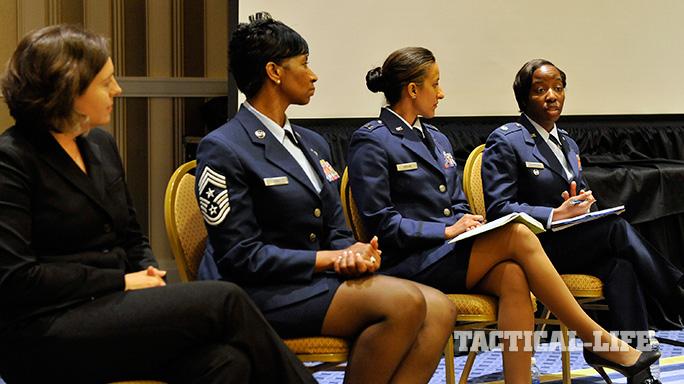 The following is a release from the Secretary of the Air Force Public Affairs Command Information:

When the law prohibiting women in ground combat roles was rescinded, 99 percent of the positions within the Air Force were already inclusive of women. The current study is working to open the last 1 percent, which amounts to a little more than 4,300 special operations positions.

“Ultimately, the initiative to eliminate any remaining gender-based assignment restrictions will improve our readiness and the Air Force’s ability to recruit and retain the most effective and qualified force,” said Secretary of the Air Force Deborah Lee James.

The Air Force has conducted focus groups, assessments, and operational observations as part of the review and implementation plan directed by Secretary of Defense Chuck Hagel in June 2013. The thorough review required to meet the directive by Hagel, allowed the Air Force to review standards for all Airmen in the career fields previously restricted to women.

The testing is slated to take place at Joint Base San Antonio-Lackland, Texas. Approximately 200 male and female volunteers will be recruited for the testing. Local Airmen from the Lackland area who are interested in participating will be the first selected to participate.

“This effort marks the most stringent process yet by which we are developing occupationally specific physical standards, scientifically measured against operational requirements to match mission needs,” Kelly said. “All the services and United States Special Operations Command are working with various scientific and research agencies to review occupational standards to ensure they are specific and current, operationally relevant and are gender neutral.”

“This is not about raising or lowering occupational standards,” said Kelly. “The key is to ensure we have set the right standards for the occupation based on mission requirements. The effort is built upon science and experience, to ensure we continue to maintain our readiness and preserve the quality and capability of our All Volunteer Force.”

“This process is about scientifically measuring operational requirements with a focus on training and standards which correlate to the demands of combat,” said Brig. Gen. Giovanni K. Tuck, director of operations. “We owe it to our Airmen we send downrange to make sure they’ve got the best training and equipment to be successful, no matter where they serve.”

After the Air Force reviews and validates the scientifically based standards, James will coordinate her recommendation on currently closed career fields and positions with SOCOM and the other services.

“The science behind these standards will inform and further refine the measures used to find the right people for these career fields. This validation will help ensure our Air Force remains ready and capable, as our battlefield Airmen employs in combat,” Tuck said.

The secretary of Defense is expected to announce final decisions regarding integration of currently closed career fields/positions, as well as, any exceptions to policy on or about January 1, 2016. The assignment of women into newly integrated positions and occupations will follow each service’s natural timeline for recruitment, accession and training.

Further information for Lackland-area Airmen interested in participating in the physical studies will be released from Air Force Education and Training Command. 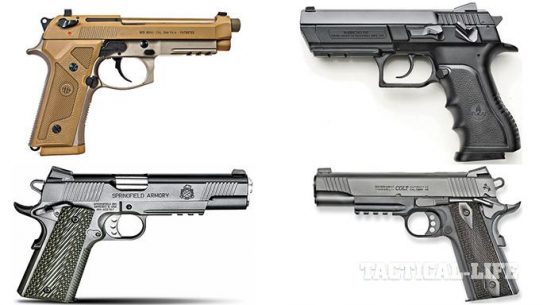 Looking for a new sidearm or backup gun? Upgrade your everyday carry with one...