The following is a release from Senior Airman Jensen Stidham of 20th Fighter Wing Public Affairs:

SHAW AIR FORCE BASE, S.C. (AFNS) — As Tech. Sgt. Robert Kurz sits in his newly acquired office after only three days as an assistant first sergeant, his commander walks through the door to congratulate him on a career-changing award.

“In the maintenance career field, it’s like winning an Oscar,” Kurz said. “I was happy just winning for the squadron, but finding out I won at the Air Force level — I was floored.”

Though the technical sergeant knew his job proficiently, he had never had the opportunity to make an impact that could change the 20th EMS and, possibly, equipment maintenance across the Air Force.

“All of this happened because I was put in a position to make a difference,” Kurz said. “I was put into the alternative mission equipment section during a time it needed to be changed. I started to notice some things that had been overlooked for a while, and I just started implementing changes.”

After his analysis of a 10-year inspection history, Kurz was able to detect an aircraft structure time-change discrepancy that affected the gun system on the entire F-16 Fighting Falcon fleet across the Air Force.

“According to (Air Force instructions), certain things needed to be tracked but there was nothing in place to do that,” Kurz said. “Once I discovered the issue, it was all about compliance. (I was) just doing what needed to be done.”

Many of the changes Kurz made to accommodate minimal manning and save money within the 20th EMS are being reviewed at the Air Force-level for widespread distribution.

“He was swift to identify program and process failures, then find legitimate corrective actions,” said Senior Master Sgt. Richard Pelletier, the 20th EMS superintendent. “He had to account for 2,400 pieces of equipment valued at 122 million dollars, track down their history, and realign inspection cycles — all while closing the loop on the errors left unreconciled from the previous two years.”

Though Kurz’s actions are in the process of changing equipment maintenance squadrons downrange and across the Air Force, he plans to change more than that.

“I would like to become a full-time first sergeant,” Kurz said. “I really like to work on equipment. I am a mechanic and that is one of my hobbies, but I really feel I can benefit the Air Force by making a connection with people.”

As he hears all of the congratulatory comments and praise, Kurz stays motivated to improve himself and fellow Airmen. 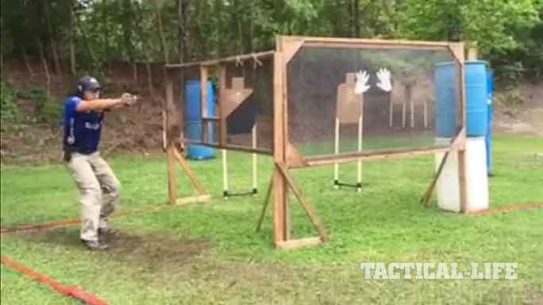