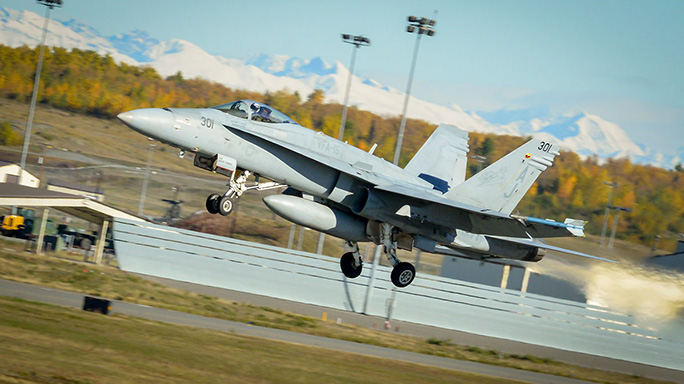 The following is a release from Airman 1st Class Kyle Johnson, Joint Base Elmendorf-Richardson Public Affairs:

The Hornets, based in Naval Station Oceana, Virginia Beach, Va., flew with Joint Base Elmendorf-Richardson Raptors as part of dissimilar air-combat training, in which fundamentally different airframes train with each other in warzone simulations.

When flying against the Raptors, the Hornets were known as “red air,” a term used for pilots simulating enemy aircraft for training purposes, while “blue air” is used for the pilots who are the recipients of the training.

Through this, pilots on both sides were able to gain experience with combat operations against an enemy with different training and a different airframe.

“There are different tactics for different airframes,” said Navy Lt. Michael Koch, a VFA-15 pilot. “It is good to work against someone using a different tactic and potentially a different game plan to see where your strengths compare to theirs and your weaknesses to theirs.”

With six Hornets and about half their maintainer squadron, the VFA-15 arrived at Elemendorf flying four jets in the morning and four in the evening with Raptors over the course of two weeks, said Air Force Capt. Brendon Boston, a 3rd Operations Support Squadron pilot attached to the 90th Fighter Squadron.

The goal of the training is to provide red air to the 90th FS, so they can get their blue air sorties. But that doesn’t mean the visiting Navy pilots also didn’t benefit from the training.

“It’s awesome we are up here to get some extra flight time,” Koch said. “There’s definitely stuff to be learned from seeing someone fight with an aircraft differently than what you’re used to seeing.”

In addition to providing traditional red air to the 90th FS, the visiting Navy unit assisted in designing different exercises that may not have been previously thought of, and worked together with the Raptors in cooperative exercises.

Air Force pilots are required to fly a certain number of sorties a month to remain proficient. These sorties are scheduled to meet requirements every month, but sometimes even the best planning can’t circumvent circumstance.

“If we go up and it’s bad weather, we don’t accomplish anything tactical, we can’t actually count that as a sortie for our proficiency,” Boston said. “That’s why we have the aggressor squadron at Eielson, which we use to the maximum extent we can, but occasionally they are flying with (another unit), are tied up in RED FLAG, and sometimes they go on deployment or (temporary duty assignment) so we won’t have them available.

“When this happens, we use our own jets for red air, and we can only fly so many of those a fiscal year to count toward that monthly limit,” Boston continued. “Pretty much everyone runs out of red air about halfway through the year.”

When they begin running low on red air, the squadron reaches out to their fellow aviators in other squadrons and branches. If they can coordinate training with another entity, they can accomplish their mission and earn some unique experience on the way.

While dissimilar air-combat training can be done with Air Force pilots on both sides, training with members of another branch incorporates different mindsets, policies and procedures.

“There are some significant advantages of working with the Navy,” Boston said. “Getting exposure to the tiny differences, what their (communication) calls are, and how their procedures work on the ground. Later on, when we do integrate, people are more used to it when it matters.”

Exercises like this wouldn’t be possible without the cooperation of hundreds of service members, both from the Navy and Air Force. From the maintenance squadrons to the security forces, everyone has a role in getting these pilots in the air.

“We fly some of the oldest operational Hornets in the Navy, so our maintainers work extremely hard keeping our jets up,” Koch said. “They’re great aircraft, but they just require a little bit more work than our newer brethren; they do the same job any brand new Hornet squadron can do because our maintainer squadron is that good.”

The VFA-15 squadron was deployed from February to November 2014, after which they transitioned into a period of readiness, Koch said. This means they are considered the most ready to deploy, and receive the most funding — but that period ended in May.

“All the funds are sent toward units that are either getting ready to deploy or are currently deployed,” Koch said. “Since we are now the furthest unit from deploying, a lot of those funds dry up. So we’ve got flight hours we can use, but we don’t necessarily have a lot of money that can go elsewhere.”

Because of this, the 90th FS arranged to pay for their trip so they can get the red air they’re looking for and the VFA-15 can use their flight time, showing downrange isn’t the only place cooperability is key to mission success.

“You can’t put a price on flight time,” Koch said. 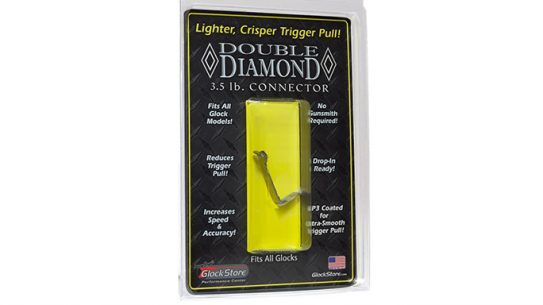