The following is a release from Amber Baillie of U.S. Air Force Academy Public Affairs:

After serving as a bomb dog for the 10th Security Forces Squadron, Umstead said she knew Airmen and wounded warriors would enjoy spending time with him because of his easy-going temperament and military experience.

“He was too young to stay at home without eating my couch,” she said. “He has a great personality and is super affectionate so I looked into having him certified as a therapy dog.”

Umstead certified Sato through Therapy Dogs International. She said she hopes to connect with the Red Cross so Sato can comfort wounded warriors at Evans Army Community Hospital at Fort Carson, Colorado.

“I’d like him to work with wounded warriors because I can tell them he was in the military, he deployed and is now medically retired,” she said. “It gives them some rapport to connect and I think it makes the relationship more special.”

“He brought the fight to the enemy as an explosive and patrol dog,” he said. “Now he is engaging in a different fight, the fight to bring comfort and happiness to those in need. He performed honorably before, and now is performing even better is his new mission.”

Every day, Sato heads to work with Umstead, a 10th SFS flight chief. She said everyone in the squadron knows him and looks forward to seeing the 72-pound carefree canine.

Umstead said she receives phone calls and emails throughout the base requesting to see Sato and will bring him by when there is time in her schedule. Sato is currently an ambassador for a Colorado Springs group raising money for a War Dog Memorial in honor of all working dogs such as police K-9s, U.S. customs and border patrol dogs and search and rescue dogs.

“It’s nice he’s so friendly because he can interact a lot with the public and other dogs,” Umstead said.

According to Umstead, Sato has ticklish feet, loves squeaky toys and will let anyone pet him if she’s there.

“He lightens up anybody’s day,” she said.

Sato recently hung out with preschoolers for the first time. Umstead brought him to the child development center annex here where kids learned about Sato’s service and rubbed his belly.

“It was his first time being around so many kids,” she said. “He did really well. Maybe we’ll work with them more often.”

When Umstead arrived here in December 2012, she began working in the MWD section and became Sato’s handler. Sato served as a bomb dog, helping Umstead detect explosives and provided support for the Secret Service during one occasion. Due to a foot problem, Sato medically retired from the Air Force and Umstead took him home with her.

“His issue is genetic,” she said. “His feet would hurt during sweeps because they didn’t develop calluses and he was unable to finish.”

When Umstead deployed to Qatar, she said Sato was her closest companion.

“I was away from my 6-month-old daughter,” she said. “Sato was like my counselor and best friend. I told him everything. He would sit with me and look at me like, ‘I love you.'”

Sometimes a peaceful companionship is all people need during difficult times, Umstead said.

“I enjoy seeing people forget their cares for a couple minutes when they’re with Sato,” she said. “Sato doesn’t judge. He doesn’t care what you’ve done or what you’re going to do, he just wants to spend that moment in time with you. That’s all he wants and all he has to do.” 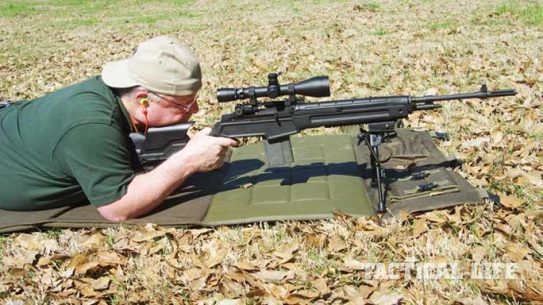