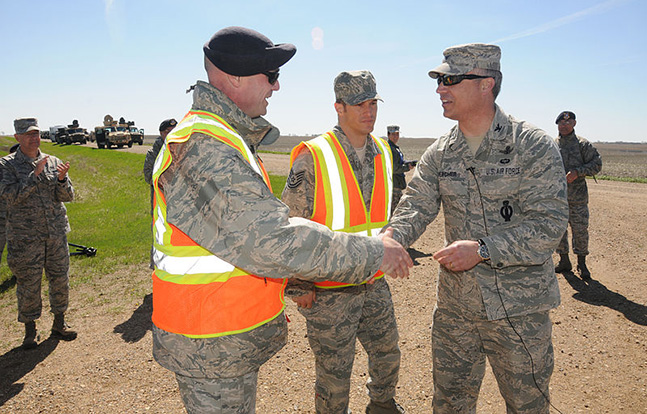 U.S. Air Force Col. Ron Vercher, right foreground, the commander of the 91st Missile Wing, congratulates Tech. Sgts. Christopher Jones and Chadrick Dispence on their selection for promotion to master sergeant upon completion of an exercise at the Minot Air Force Base missile field complex near Minot, N.D., May 22, 2013. The exercise was a final step in the integration of the Air Force's 91st Missile Security Forces Group and the Air National Guard's 219th Security Forces Squadron. (CREDIT: SMSgt David H. Lipp)
Comment(s)

The Air Force announced in July that its Enlisted Evaluation and Weighted Airman Promotion Systems would see a number of changes.

The changes are scheduled for implementation from August 2014 through January 2017 and will be phased in over that period, according to a release.

The evaluation and promotion systems changes are slated for implementation in a phased manner for the Regular Air Force, or RegAF, during the next 18 months, and for the Air Reserve Components, or ARC, during the next 30 months. The announced changes focus on ensuring the Air Force accurately documents duty performance and uses it as the driving factor in selecting Airmen for promotion.

“We understand there is naturally a thirst for information on this topic,” Lt. Gen. Samuel D. Cox, deputy chief of staff for manpower, personnel and services, said in a release. “With a rollout of this magnitude, it’s important that we synchronize the release of information with implementation of the changes. We’re committed to providing clear guidance and advance notice to our Airmen, supervisors and commanders for each phase of this dynamic program; to that end, we’ve carefully scheduled a phased rollout over the next 30 months.”

The timeline is as follows: 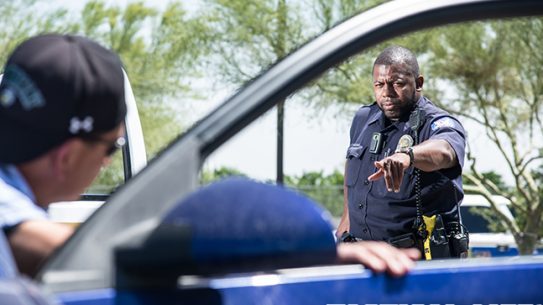