WASHINGTON, Feb. 11, 2008 – A surge in military operations and a shift in local support in northern Iraq has driven many al Qaeda fighters out of cities that once provided them safe haven and into the desert, or even out of the country, a commander in the region said today.

Citizens in the four-province region of Multinational Division North have begun shifting their support to coalition and Iraqi forces in “droves,” and security gains are increasingly putting extremists on the run with no clear place to go to be safe, said Army Maj. Gen. Mark P. Hertling, commander of Multinational Division North and the U.S. Army’s 1st Armored Division. The northern division is about the size of Pennsylvania and includes Diyala, Salahuddin, Ninevah and Tamim provinces.

Some foreign fighters are returning to their home countries of Syria and Saudi Arabia, he said, taking with them funds earmarked for fighters in Iraq. Some are trying to reorganize outside the country’s borders, but Hertling’s troops are watching the border and have arrested some as they try to return, he said.

Others, who no longer feel safe in the cities because they are afraid that local citizens will turn them in, are hiding out in abandoned mud huts, canals or caves in the desert.

“That’s their biggest fear. So many of them are going to the desert regions to just get away from being ratted out by the citizens by being pointed out and captured,” Hertling said.

But, even their desert hideaways are targets under six-week-long Operation Iron Harvest, part of the countrywide Operation Phantom Phoenix.

“Some of them are saying it’s not even safe in the desert because the night raids are coming to get them,” Hertling said. “And that’s a good thing. We want them to keep thinking that they can’t sleep well at night because we’re coming after them, because, quite frankly, we are.”

Hertling could not give specific numbers on how many fighters have left or an estimate of the size of the enemy force remains in the region, but he said fewer al Qaeda fighters are in the province now than six weeks ago.

“We’re doing exactly what we’re trying to do, and that is make the cities safer for the Iraqi citizens while continuing to target al Qaeda and the other extremist groups,” the commander said.

Diyala province, specifically, is much safer today than it was a month ago, Hertling said. Citizens are less afraid to go out on the streets, and markets are opening, he said.

Hurtling attributed the gains in the province to the capabilities of the Iraqi security forces, the installation of local bases in the province, and improving local and national governments.

In Iron Harvest operations over the past 45 days, coalition and Iraqi security forces there have conducted 74 missions. They have captured or killed more than 70 high-value individuals, and “hundreds” of enemy fighters, the general said. They found more than 430 caches with tons of explosives and weapons, he added, and they have cleared 653 homemade bombs, 42 house bombs, 35 car bombs and three bomb factories.

Attacks have leveled off in the region since December, following a drastic drop. Attacks range from about 20 to 50 daily, Hertling said. 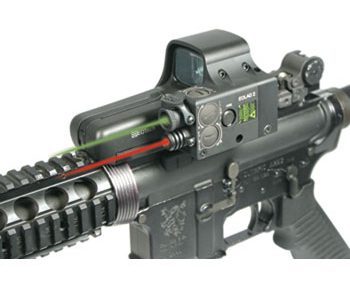