An Albuquerque police officer shot and killed an armed robber after an intense vehicle pursuit in the southeast area of the city. Watch the newly released body camera footage of the incident above. 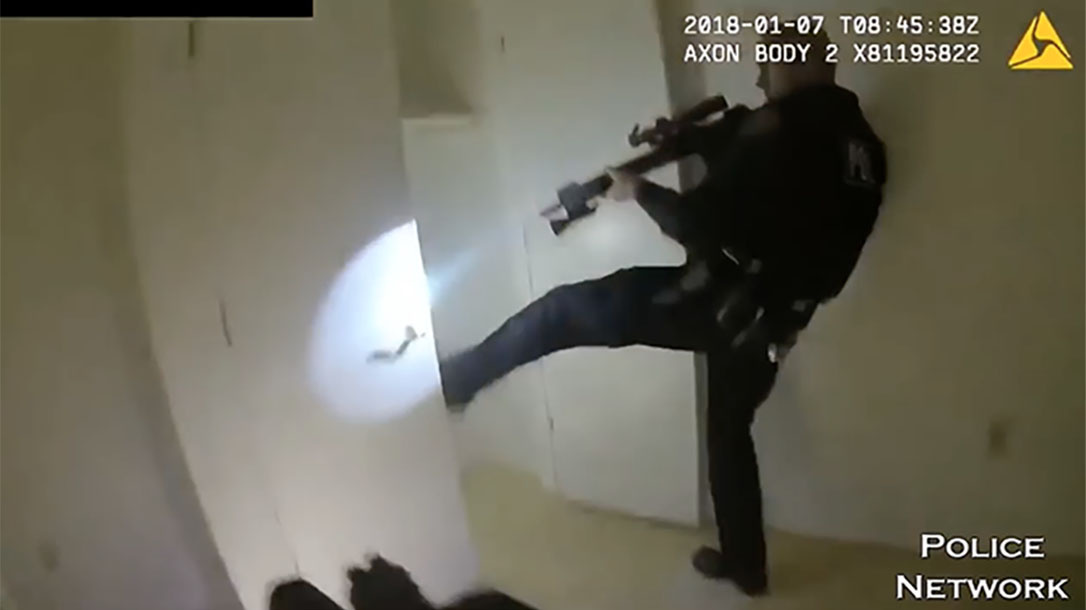 The Albuquerque Journal says the death of 47-year-old Richard Rivera was the culmination of a week-long crime spree that included four armed robberies, including two at Albuquerque banks, one at a gas station and one at a Verizon store. On June 16, Rivera and his accomplice, Jennifer Rael, went to the Verizon store and used a 9mm handgun to steal phones, money and jewelry. They then fled the store in a stolen U-Haul van.

Police arrived on the scene and were able to track Rivera and Rael using one of the stolen cell phones. Rael later told police that when Rivera realized that police were following them, he turned to her and said, “It’s on.” He then pulled out a handgun and started firing at police.

Albuquerque police officers used a spike strip and three Pursuit Intervention Technique maneuvers during the vehicle pursuit that followed. The body camera footage shows Officer Jonathan O’Guin, a 10-year veteran of the APD, fire five rounds at the van after the first attempt.

After the third PIT maneuver, Rivera bolted from the car and started running on foot through a grocery store parking lot. O’Guin exited his vehicle and gave chase.

During the foot pursuit, O’Guin and witnesses in the parking lot heard Rivera yell, “I have a gun. I have a gun,” Del Greco said.

O’Guin then fired his duty gun six times in two seconds. Rivera was shot in the back, buttocks and legs. He died at the scene, NBC affiliate KOB reported.

“The fact that Mr. Rivera had continuously been firing rounds at officers during a vehicle pursuit, had robbed not only Verizon Wireless employees but patrons of the Verizon Wireless at gunpoint, coupled with the fact that he was running through the parking lot of the Smith’s yelling that he has a gun … led officer O’Guin to believe that the potential harm to innocent civilians in that Smith’s grocery store was so great that the need to utilize the force that he did there was what was needed at the time.”

As it turns out, the gun wasn’t on Rivera’s person when the shooting occurred. It was left inside the stolen van.

Rivera has a rap sheet that includes multiple convictions for armed robbery and bank robbery. Rael had no criminal history, but she’s being charged with bank robbery, use of a firearm in commission of a violent crime and aiding and abetting.

The APD is continuing to investigate the shooting. O’Guin has two prior officer-involved shootings in 2016 and 2017. Both ended with the death of the armed suspects.

“We take these incidents very seriously, and we want to be as transparent as possible,” Deputy Chief Harold Medina said. 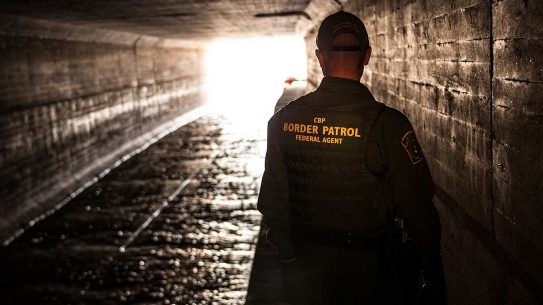 US Customs and Border Protection has issued an official solicitation calling for for a...