The Pittsburgh Steelers announced Sunday morning that they would remain in the locker room for the national anthem to stay out of the current political spotlight. But one player — Alejandro Villanueva — acted against the team’s decision.

Villanueva stood alone in the tunnel with his hand over his heart during the national anthem in Chicago.

Villanueva is a former U.S. Army Ranger. He has been deployed to Afghanistan multiple times and earned the Bronze Star “for moving forward under enemy fire to pull his wounded Soldiers from their isolated position,” according to reports.

Given his history, it’s easy to see why Villanueva didn’t sit out the national anthem Sunday.

While he was unavailable for comment after the Steelers’ 23-17 loss to the Chicago Bears, Villanueva’s teammates commented on his decision.

“I don’t want to go into that, but we support our guy Al,” defensive end Cam Heyward told ESPN. “He feels he had to do it. This guy served our country, and we thank him for it.”

Not everyone, however, was supportive of Villanueva’s actions, which apparently contradicted the team’s decision

“We thought we were all in attention with the same agreement, obviously,” James Harrison told PennLive.com. “But, I guess we weren’t.” 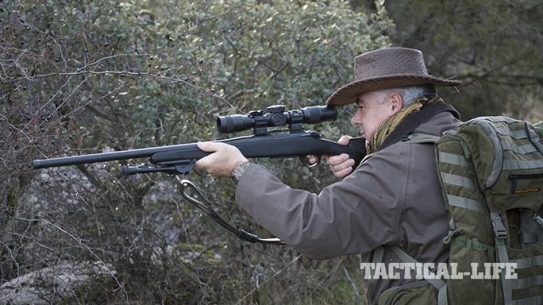 The Bergara B-14 is a super budget-minded tack-driver that can serve as a hunting...