Almost all of the guns used in crimes in D.C. are imported from other states, a new report says, with Maryland and Virginia as the chief exporters.

The report, published on Sept. 27 by Mayors Against Illegal Guns, a coalition of mayors founded by New York City Mayor Michael Bloomberg and Boston Mayor Thomas Menino, states that 98.2 percent of the guns collected from crime scenes in the District originated in other states. Overall, the D.C. police departments recovered 2,321 guns in 2009.

Virginia exported the most guns — 265 of those recovered last year — to Washington, D.C. Maryland, the other state bordering the District, was the second-highest exporter of guns to D.C., with 247 of guns recovered originally sold in Maryland. Virginia also served as the largest exporter of guns to Maryland, having sold to Maryland over 400 guns — almost one-fourth the total number of guns brought into the state.

The report argues that states with more lenient gun-control laws exported many of their guns to states with stricter gun- ontrol laws, undermining the efforts of the stricter states. Virginia has laws addressing only four of the 10 issues that the coalition used as criteria for judging gun-control. In contrast, Maryland has laws addressing nine of the 10 issues, but these have not been effective at stopping illegal gun trafficking into the District.

D.C. has stricter gun laws; it instituted a ban on the ownership of handguns in 1975. The ban was enforced until it was declared unconstitutional by the U.S. Court of Appeals for D.C. in 2007, and then the U.S. Supreme Court in 2008. The District’s current laws mandate that all guns must be registered, as well as ban assault weapons and large-capacity bullet feeding devices.

Second Amendment rights have remained a contentious issue in D.C. In April, two pro-gun rallies occurred in the area, one taking place at the Washington Monument, and the other at Gravelly Point National Park in Virginia. These newest revelations on the amount of illegal guns in the District may well spark more debates.

Source: David Schuler for The Hoya. 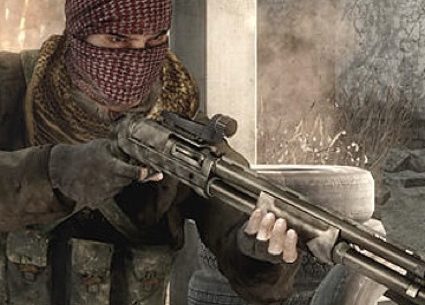 Almost all of the guns used in crimes in D.C. are imported from other…