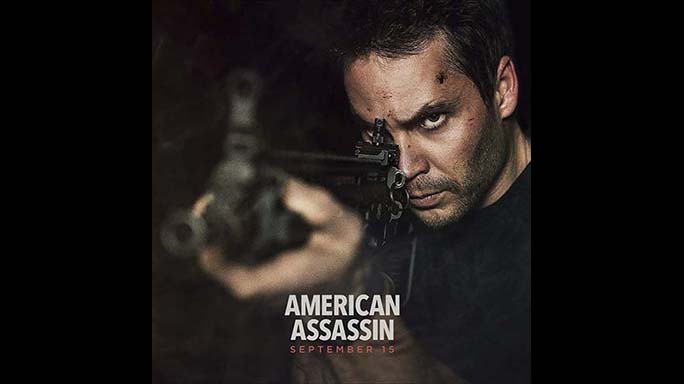 Guns and action movies go together like bread and butter, so you can imagine our excitement when we first checked out the trailer (below) for a new flick called “American Assassin,” based on the 2010 novel of the same name by the late, great Vince Flynn. Here’s the official synopsis, via CBS Films:

American Assassin follows the rise of Mitch Rapp (Dylan O’Brien), a CIA black ops recruit under the instruction of Cold War veteran Stan Hurley (Michael Keaton). The pair is then enlisted by CIA Deputy Director Irene Kennedy (Sanaa Lathan) to investigate a wave of apparently random attacks on both military and civilian targets. Together the three discover a pattern in the violence leading them to a joint mission with a lethal Turkish agent (Shiva Negar) to stop a mysterious operative (Taylor Kitsch) intent on starting a World War in the Middle East.

That all sounds well and good, and the trailer definitely hits all the right notes, but our enthusiasm was tempered a bit when we came across a poster (seen above) to promote “American Assassin,” which shows the film’s bad guy (Taylor Kitsch) incorrectly using his rifle’s iron sights.

Something tells us the studio should’ve consulted a technical advisor before taking that photo. In any event, we’re still going to check out “American Assassin.” Let’s just hope that poster isn’t any indication of the movie’s quality.

“American Assassin” is due out Sept. 15.

[h/t The Truth About Guns] 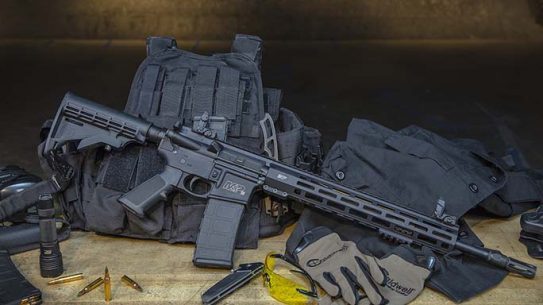 Smith & Wesson's new M&P15X and M&P15T models are enhanced with the versatility of...