A 52-year-old American citizen who said he was searching for Osama bin Laden was detained in Pakistan near the border with Afghanistan this week, Pakistani police said Tuesday.

The Californian named Gary Faulkner was carrying a pistol, a sword, night-vision equipment and Christian religious books, said Mumtaz Ahmed, a police chief in the area.

Faulkner was detained as he was walking from Pakistan toward the border into Nuristan province in Afghanistan, Ahmed said. He told police that he had been looking for bin Laden since 9/11 and had traveled to the area several times before, Ahmed said.

U.S. Embassy spokesman Richard Snelsire did not confirm that Faulkner had been detained but said that the consulate in Peshawar did receive notification of the detention of an American citizen. Snelsire said they were trying to get more details.

“We’re hoping to get consular access to the individual,” Snelsire said.

Faulkner told police that he had no intention of killing bin Laden, Ahmed said. But police believed he was trying to kill bin Laden because of the weapons he was carrying, according to Ahmed. 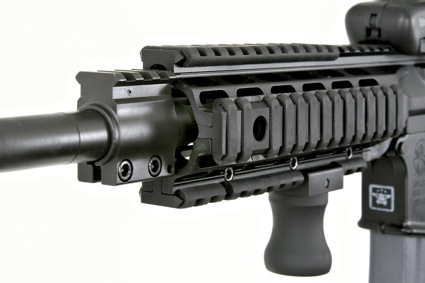