American troops are still fighting and dying in Afghanistan as the war is winding down. Four service members were killed on the same day the U.S. handed control of the country’s security to the Afghan army police.

Charles Alt was in Afghanistan working as a civilian contractor when he got the call about his daughter, 21-year-old Army Spc. Ember Alt. She was stationed in Afghanistan, too, just a couple of hours away from him.

“They took me to the mortuary, and I viewed the body, and I didn’t want to believe what I saw,” he remembers. “They told me she was killed from a rocket attack. … They told me she didn’t suffer at all, which was a big relief.”

Spc. Alt had worked as a mechanic at Bagram Air Base.

“She told me a couple of times that it is scary out there, but she also said she knew what her job was,” Charles Alt says. “And she had to do her job to the best of her ability.”

There was a special tribute to Alt by her fellow soldiers at Bagram before her father accompanied her home. 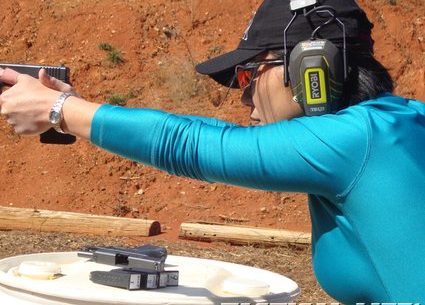 Glock Competiton This Weekend in Georgia