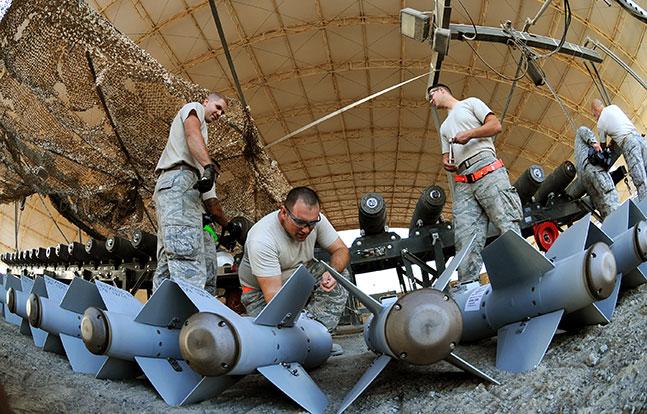 There’s nothing more exciting than watching a fighter jet loaded with munitions roar down the flight line headed off to take out the bad guy.

Since hitting the ground, ammo troops assigned to an expeditionary maintenance squadron in Southwest Asia have worked nonstop building bombs to support the war against Islamic State of Iraq and the Levant (ISIL).

What used to be standard training missions and guarding of munitions for many ammo troops has now turned into building bombs to support everyday, real-world combat missions.

“This time it’s nothing but the real deal,” said Master Sgt. Adam, the NCO in charge of conventional maintenance. “This is what you’re trained to do; this is what you train for at your home station when you go through exercises. We’re really going after it this time around and I like it.”

“We’re only halfway through our deployment,” said Master Sgt. Adam. “A lot of these guys are pretty green and they haven’t really gotten to do something of this magnitude. This is even big for me.”

Senior Airman Adam, a munitions crew chief, knew he would be supporting an active mission here but had little knowledge of what he would be walking into with his first deployment as an ammo troop.

“I had no idea how high tempo the mission was going to be or how many munitions we would be building,” said the senior airman. “In the last three months we have already built over nine times the amount of munitions than the last rotation did in their entire six (months).”

As the U.S. and coalition forces continue to target specific capabilities to project combat power on the enemy, this leaves ammo with no choice but to ensure their Airmen are trained and proficient in every aspect of their job to keep operations running smoothly.

“Our job is to ensure that when each warhead is dropped that it will find its target and detonate as designed, so that each mission is always a success,” said Senior Airman Adam.

As the Air Force continues to support the Defense Department’s long-term campaign to destroy ISIL, you can be sure that Ammo troops are behind the scenes making it all possible.

“It is a really nice feeling like we’re tip of the spear,” said Master Sgt. Adam. “The (Air Force) can work on jets all day and send pilots out all across the AOR (area of responsibility), but if they don’t have any munitions, they’re not going to be able to do much.”

(Editor’s note: Due to safety and security reasons, last names and unit designators were removed.) 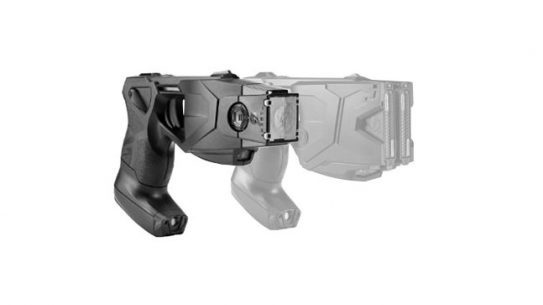 One month after purchasing 7,000 body cameras from TASER International, the LAPD is now...