If police officers are lucky, they never have to pull the weapon they wear on their hips, and most never do.

That doesn’t mean they don’t go through a considerable number of bullets a year during training.

Last month, the city changed where it buys its bullets. Decatur Police Chief James A. Anderson said a slow delivery time, sometimes as long as nine months, was the primary factor in the change.

“Almost all the vendors had a long delivery delay on their ammo, and some of them just weren’t able to even carry through with their promised time or contracted time,” Thomas said. “We ended up switching to a larger vendor that hopefully will be able to get this ammo delivered to us.”
It is the latest change for an item in the department’s budget that also has been seeing major increases. Decatur’s police generally carry three types of bullets: .45-caliber and 9 mm for their handguns and .223-caliber rounds for the rifles they use in long-range shooting.

Not coincidentally, those are the same calibers most commonly used by the U.S. military.
Anderson said the wars in Iraq and Afghanistan have meant those calibers are becoming more scarce, and sellers have responded to the decreased supply with higher prices.

Anderson said the department spent $40,000 in 2009 to buy the ammunition it needs to train its personnel and keep patrol officers supplied. In 2007, the price was $23,000. Anderson said that although department makes sure to buy in bulk at the best rates it can find, it can be difficult when trying to secure up to 100,000 bullets a year. 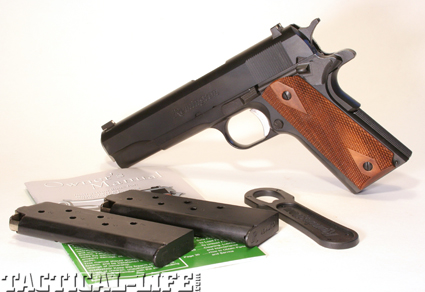